“Pitching” is a key ingredient to becoming a professional screenwriter. In short, it means telling someone—say, a prospective agent or producer—what your script is about in a simple, entertaining way.

In order pitch well, you must have something called a logline. A logline is a one- or two-line plot summary of your screenplay. This can feel as hard to prepare as your entire screenplay, so be ready for some struggle before you get it right.

To help you, I’ve written a book called, How to Sell Your Screenplay in 30 Days, which provides an extensive guide on how to construct your own logline. You can also look at Netflix or TV Guide to see how movies are quickly described.

Once you have your logline, you have to be able to say it easily, not just in a pitch meeting with a producer or agent but also in something called a query letter. A query letter is basically a pitch on paper, and it’s how you get yourself in front of people you don’t know and want to. Here’s a simple template for one:

I have written a screenplay entitled _______. The logline is ______. I am a New York-based screenwriter and am seeking representation.

Query letters are sent either by snail mail or electronically, and are a great way to introduce yourself to directors, producers, actors—anyone you want to reach.

But what if you happen to meet someone at a conference or even on the bus?

This is where the logline is your best friend. Let’s say you go to an industry party and are lucky enough to meet a producer or an agent. They might say to you, “So, what have you got?” or “What are you writing?” Don’t freeze up. Just say, “Well, I have several projects in development. The title of my screenplay is _____.” And then you simply, clearly recite your logline, which you’ve been practicing in the mirror or for friends so it sounds as natural and “unscripted” as possible.

In response, the producer or agent might say, “Oh, that sounds interesting. Send me the script.” Of course, they might also say that it’s not what they’re looking for, but this is often followed by “What else do you have?” And that’s why you need to have several projects and loglines ready.

Also, keep in mind that you want to pitch to people who are interested in the kind of material that you write, so do some research. That way, when you attend a conference or send a letter, you know the person you are trying to reach is a person who’s interested in your type of material. There’s no point trying to sell a comedy to someone who makes only thrillers or action movies. 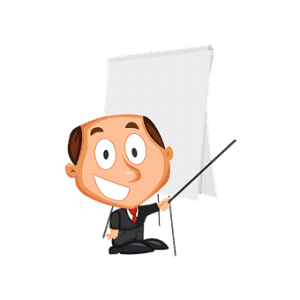 No matter what happens, by pitching your work in a concise, professional manner, you’ve made an industry connection you can use in the future.