Building a portfolio is another key ingredient to becoming a professional screenwriter. It means creating a body of work that you can bring into a meeting with an agent or a producer so that, when they ask you what you’re working on, you can point to several projects.

It’s always important to have several projects in development, but this doesn’t necessarily mean three completed screenplays. It can also mean a screenplay or two, plus several treatments, and maybe a synopsis that you can pitch verbally.

Why is this important? Because very often the thing that you have come to sell is not what will be bought. This happens for all sorts of reasons, including market conditions, professional jealousy, and mere timing. But if you have several projects that you can promote at any single time, you are much more likely to sell one of them.

For example, my friend Michael recently wrote a screenplay about the conflict between two celebrity actresses. The screenplay was bought and is being turned into a miniseries by a major television producer. But this didn’t occur out of the blue. Michael has been working for more than 10 years and has many projects in his portfolio. It just so happens this is the one that found a buyer.

Now, you may ask, should your body of work be all in the same format? Either film, TV, or for the Web? Basically, considering the way the world is going, I believe it helps if your screenplay can also be turned into a miniseries, TV series, or Web series. So I recommend writing in different formats if you’re comfortable with that. If not, just put your best foot forward because, in the end, a good idea is still a good idea.

People often ask me, “Should I write in a variety of different genres or in only one?” My answer is that this usually depends on you and what you want to do. But be aware that, in a professional setting, if you sell a thriller, people are going to want you to write other thrillers, and not suddenly switch gears and write a comedy. 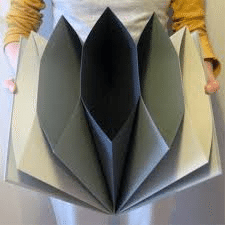 This doesn’t mean that you can’t work in a variety of genres. Many people do. But when you’re starting out, it’s important to give yourself a brand or a niche and to get known as a thriller writer or an action writer, etc. The key thing here is that you should be writing at least one screenplay a year, because if you want to become a successful screenwriter, it really helps to have a portfolio of work.