This week I took two amazing acting classes at the Actors Connection.Although these are acting classes, the principles apply to us writers as well. I wanted to share what I learned.

The first class,The Original VO Gym, was with Maggie Phillips and was on building characters. One technique was to draw a sketch of the character, then to give it a voice, a laugh and a nickname. This is harder than it sounds, since most of us writers are in our heads, but it’s highly effective.

And in Cathy Hasse’s class, Acting for Film: Using Your Intuition, we spent an hour doing warm-ups that included physical and voice relaxation as well as imagining ourselves in another place. The point she made is that we use a physical form to create whether it’s writing or acting. Connecting mind and body before working makes perfect sense, though I never really thought of it that way before.

Please try them and let me know what you think.

Please consider submitting your work to the Schenectady Film Festival. I am one of the judges, and it’s a great opportunity to get your work out there. 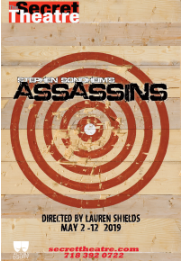 Please also go see my friend, Hannah Howzdy In the musical, Assassins at the Secret Theater in Long Island City. 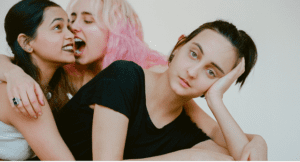 Kudos to my NYU student, Isabelle Barbier, whose film, Crushd was premiered at the Tribeca film Festival.