Although it’s still chilly, I get a little thrill whenever I see spring flowers, especially Daffodils planted along the streets of the Upper Westside. 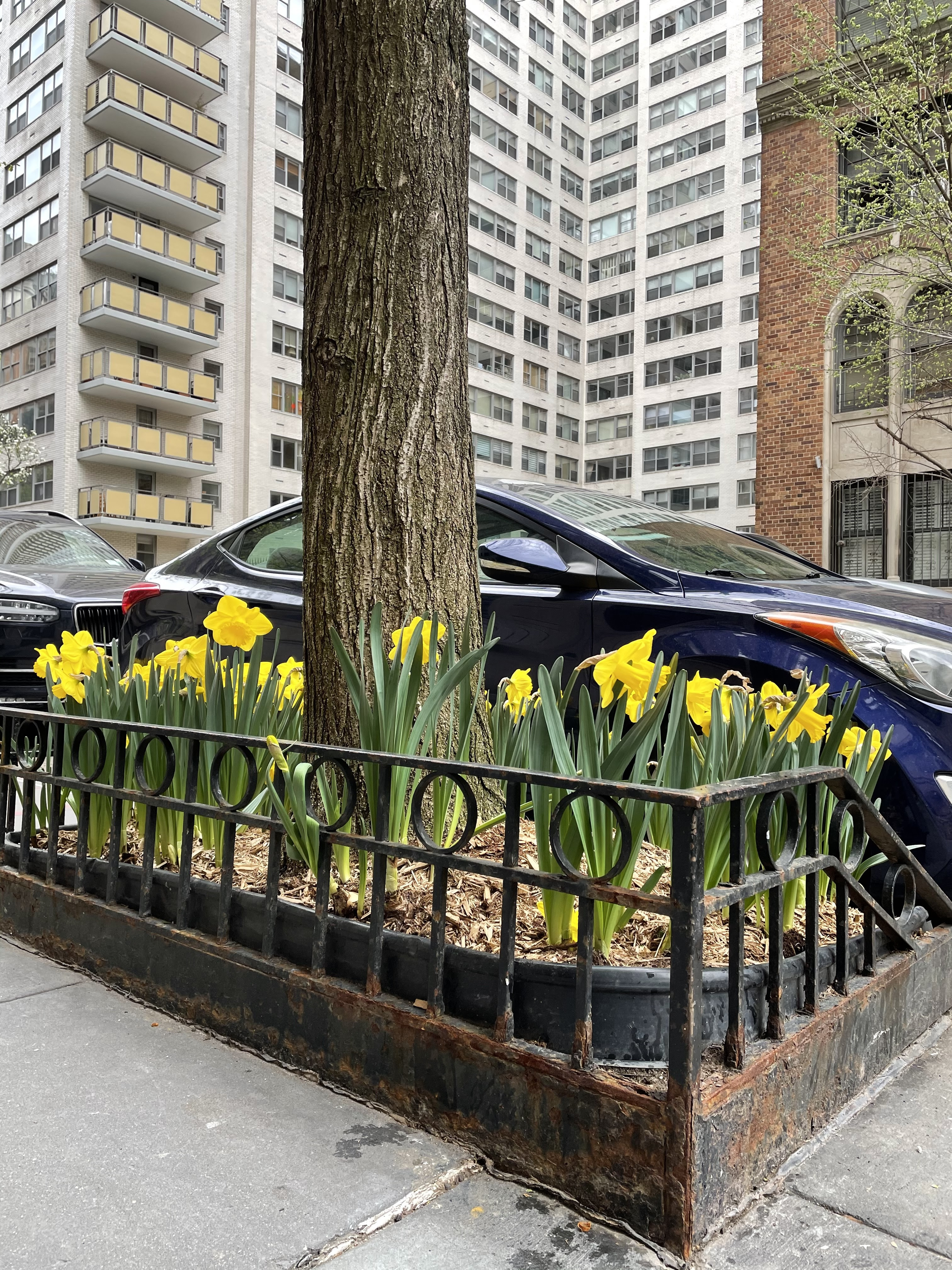 My partner and I like to bike and feed the local birds with good quality bird seed. The Pandemic was hard on them, with so many food sources closed, and a prolonged winter hasn’t helped them to find food.

We began feeding them last winter. We’d go to have a coffee and sit outside. The birds were starving, and we decided to do something about it. We researched the best food, and now feed them good quality seeds and corn.  We’ve had the pleasure of seeing them become healthy and happy over the last few months. 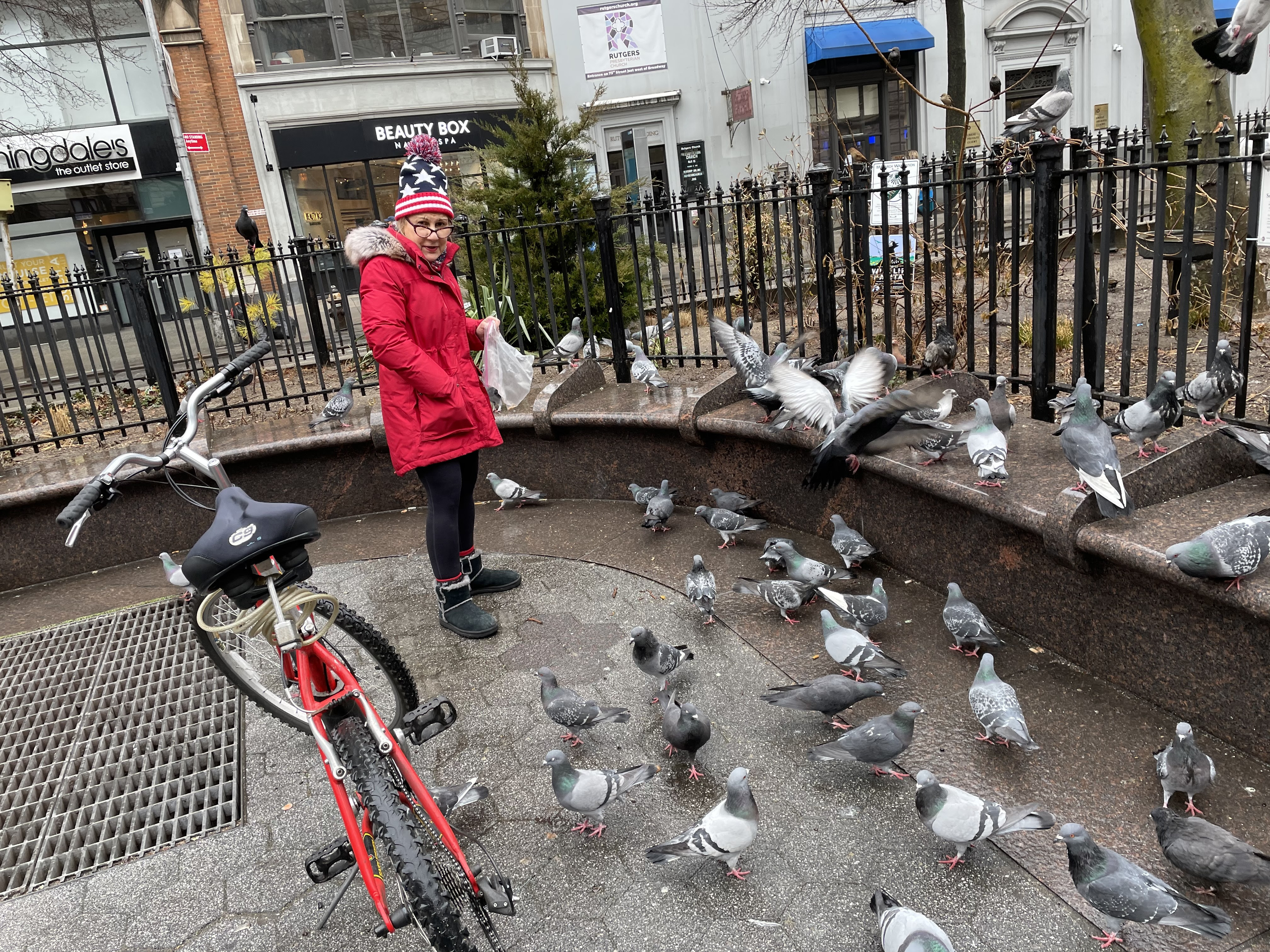 The Scriptures say the Sparrow is a biblical favorite as it’s so small and yet such a survivor. I have trained several Sparrows to catch bits of bread that I throw to them in mid-air. They watch me and make eye contact before I throw to them. When a bird looks you in the eye, it’s the same connection as you’d have with a cat, dog or even another human.

When there are a bunch of Starlings, I throw bread bits in the air, and they happily dive to catch them. If there’s a bunch of them, they form a comedy team, often bumping into each other to reach the flying bread tidbit.

The Pigeons are a more controversial subject, as many feel as Woody Allen did that they are “Rats with wings.” But it’s not true. They’re smart, descended from Doves and have served as war heroes in several wars by carrying messages across enemy lines. There’s definitely a great movie or limited series here, and you could call it ironically, “The Birds of War.”

I accept birds, and all other animals as fellow creatures, yes, even rodents who I have a biological and visceral fear of. I recently saw a rat who had been poisoned crawl onto a subway platform, and die horribly in violent agony. After that, I could no longer see rats as the enemy, but as fellow creatures simply competing for space.  I saw many other people on the platform feel the poor creature’s agony, and even the conductor had a tear.

The point I want to make is that personal stories can be useful in creating characters and conflict. To me, the hardest job in writing is to understand the complexity of my characters. Even the simplest character has hidden conflicts, loves, and doubts.

The exercise is to take something you do every day, a small ordinary event, or a daily ritual and examine it to see what it reveals about your own or your friends and family beliefs and understandings. Look to see where they are conflicted, and use that to deepen your imaginary characters. Also, everyday events are filled with symbols that can represent changes in the character in a visual way, and as we all know, the goal in writing is when possible, to show and not tell.

Please join my rewrite class if you want to push your craft level up a few notches!

Excited to present Jokeonastick Episode 69. Here’s the link to a free subscription, and watch this week’s featured clip here: