Q: When you’re starting a new story, is it necessary to know your ending from the very beginning? 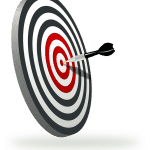 M.H.: I certainly hope you don’t. Of course we always kind of know our endings in that they will be happy or sad or somewhere in between, but I try to encourage writers to try to have a “soft target” when it comes to their last scene. For example, if the story is about love, then we know that the ending is probably going to be about the success or failure of that love. If the story is about war, we’ll probably find out who wins and who loses, even if it’s just the soldiers. If it’s an action movie, the bad guys will probably get caught—but maybe not. If you are willing to work with
an open ending—or a soft target—then you know the most important thing: the general direction and tone of your story. But because you have not locked it in stone, you have allowed for the possibility of coming up with something more surprising and original than you might have at the beginning. And for my mind, writing toward a soft target is a much more fun and juicy way to write, because it allows for infinite possibilities and lets the characters and story tell you who and what they want to be.