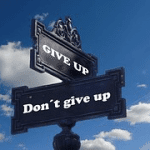 I recently worked with a very talented writer who was experiencing a complete block. Despite a deadline that was only a month away, he just couldn’t get motivated. Not even the promise of much needed money and concern over his professional reputation were enough to push him forward.

“You don’t need me for that,” I said. “Let’s explore the situation in more depth.”

In my 15-plus years of writing, teaching, and coaching, I have learned that the best way to get a reluctant writer to write is to offer sincere praise and encouragement. This is because most of us will step up to meet a positive expectation. Still, sometimes the solution lies elsewhere, and I have to dig deeper, into their fears. These fears may be of failure, success, or both. That may sound like a paradox, but we’ve all been there. When we fear failure, we procrastinate and don’t write. This is a solid defense mechanism, because if our book or screenplay doesn’t get written, it can’t be judged. On the other hand, if we do write and our work is successful, then we face the pressure of having to do it all over again!

What was my student afraid of?

First, we explored his recent writing history. His last three efforts had been rejected. In one case, a script that had been optioned became stalled when the producer left the company he was working at. But then the writer revealed what was really on his mind: he had just gone through a very difficult breakup.

“No wonder you don’t feel like writing,” I said.

“Maybe, but shaming yourself hasn’t worked so far.”

“What if I asked you to be very brave?
“At this point, I will try anything.”

“How about feeling your feelings?”

He leapt out of his chair and began to pace anxiously. “What do you mean? I am in touch with my feelings. I’m just blocked!”

“What if I told you that, while it may seem illogical, self-induced failure feels preferable to grief and a loss of control?”

He looked at me skeptically. “Is this your professional assessment?”

I nodded. “Yes. As Sherlock Holmes said, ‘Once you eliminate the impossible, whatever remains, however improbable, must be the truth!’”

I suggested we take a walk in Central Park, and we wandered over in companionable silence to the reservoir, which is encircled by a dirt path also frequented by runners and bicyclists.

“I’m not sad,” he said finally. “I’ve been around the block a few times, and it’s been this tough other times.”

“You have an investment in being tough then?

“Hell, yes. You don’t get successful by being soft.”

“So you feel successful?”

At that moment, a man and a woman who’d been running around the track slowed down long enough to kiss. The writer watched them for a moment, and then his eyes welled up. “Dammit,” he said. I handed him a tissue, and he tried to suppress his tears, but a sob escaped him. We found a bench and he sat, weeping.

“What’s the worst of it?” I asked once he’d calmed down.

“She said it was me or the writing.”

Oh, so that was it. An ultimatum. Mr. Holmes was right, as usual. The cause for my student’s “block” was not about the writing at all. It was about a woman, and the fear of losing her.

“Have you given her an answer?” I asked.

He shook his head. Turns out he cared enough about her to give up the writing but had forgotten to let her know.

“OK, then maybe you need to tell her.”

“Good point,” he said and took out his cell phone.

Mercifully, the woman answered the phone.

“I gave up writing for you,” my student said. “When are you coming back?” (Over my protests, he hit the Speaker button.)

“You did what?” the woman said.

“You told me it was the writing or you. I pick you. Please come back.”

I heard a shrill laugh and winced.

“You fool,” she said. “ If you stop writing, you’ll just be a non-writing writer.”

He and I looked at each other. His girlfriend had named the improbable truth: writers exist in terms of their writing, whether they are producing work or not.

He said good-bye, and we resumed our walk.

He laughed sadly. “Well, since there’s no way not to be a writer, whether I’m writing or not, I may as well get back to work.”

“What about those other treatments and the script stuck at that production company?”

The story ends happily. The writer made his deadline and the treatment was accepted. And last we spoke, he’d met a new lady who was a writer herself, and he expressed high hopes for the future.

To recap, sometimes we writers must accept that so-called blocks are really desperate attempts to stay in control, however negative. Facing our fears head-on, however, can be the fastest way back to productivity.