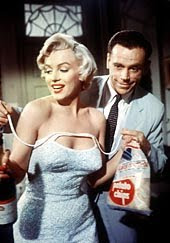 A friend of mine forwarded me the following story about the origin of potato chips:

In the summer of 1853, Native American George Crum was employed as a chef at an elegant resort in Saratoga Springs, New York. On Moon Lake Lodge’s restaurant menu were French-fried potatoes, prepared by Crum in the standard, thick-cut French style that was popularized in 1700s France and enjoyed by Thomas Jefferson as ambassador to that country. Ever since Jefferson brought the recipe to America and served French fries to guests at Monticello, the dish was popular and serious dinner fare.

At Moon Lake Lodge, one dinner guest found chef Crum’s French fries too thick for his liking and rejected the order. Crum cut and fried a thinner batch, but these, too, met with disapproval. Exasperated, Crum decided to rile the guest by producing French fries too thin and crisp to skewer with a fork. The plan backfired. The guest was ecstatic over the browned, paper-thin potatoes, and other diners requested Crum’s potato chips, which began to appear on the menu as Saratoga Chips, a house specialty.

It made me think of a new approach to rejection and rewriting. Just as Crum passive aggressively cut the chips extra thin to annoy the guest, you do the same with your rewriting.

As an exercise take all of the “constructive” criticism you’ve received from people (agents, producers, fellow writers) about your writing and take it to the extreme when rewriting one or two scenes. If someone said there are too many characters, for this exercise cut all but one or two of them; if your character isn’t likable, make them disgustingly sweet; too much dialogue, write a scene with no dialogue at all.

Even though you’ll be doing this for just one or two scenes, and you probably won’t use the scene you’ve created in your final draft, you might be surprised to see what is revealed about your script.

Also check out Dylan Moran on Rejection at YouTube:
http://www.youtube.com/watch?v=oS1NOXWVWgo