When searching through my email, I found this old blog that was never posted. Now that my father is gone, this comment has a special meaning for me. I really recommend the films on this list. We never got to watch them all. 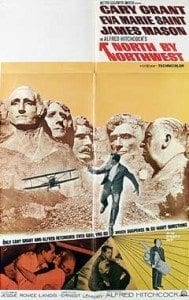 My father loves movies, loves them. That runs in the family. My grandfather and my father both  held the position of General Counsel at a studio consecutively and my aunt was Assistant General Counsel at the same company several years later.  When I was little, on the weekend, we  would watch movies at home on a 16mm projector.

I’m visiting him in Santa Fe, and now of course, there is no projector, he has a 50″ flat screen and Blue Ray.

As we were deciding which movie to watch last night, we looked through his collection, and made  a list of classic films that we will watch, though it will be over the next couple of visits:

Witness For The Prosecution

To Catch A Thief

An Affair To Remember

What they all have in common is classic stories that have a specific opinion of how you should conduct yourself, a moral certainty completely hidden in a great screenplay. Watch them!