Happy New Year to all of you that celebrate Rosh Hashanah, and I wish you a sweet and happy year!

I’m writing a new comedy feature, inspired by a classic film from the forties. Working with my writing partner to re-imagine an old story and to transform it from a drama to a contemporary comedy is a real challenge for several reasons:

Some of the humor is topical and unless you know the specific references, the jokes fall short.  On the other hand, some humor is timeless. My grandfather, Charlie, was a lawyer who represented celebrities including Charlie Chaplin.  He once asked Chaplin what the essence of comedy was, and the answer was: “There’s nothing funnier than a man falling on his bum.”  These are the words I’m living by as I write. 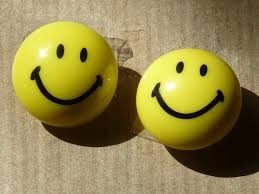 Comedy is not just jokes or funny lines of dialogue, it is also based on the situation that the characters find themselves in, hence the term, “sitcom.” It’s fascinating to take a dramatic situation, and to explore what would make the situation funny.  Using Chaplin’s dictum, adding physical humor helps a lot, so if the scene is between two men talking across a desk in an office, having one of the men fall out of his chair, a window washer crash through a window, or a phone that rings endlessly can elevate an otherwise serious scene.

Another aspect of adapting drama to comedy is finding a way to keep the audience connected to the story while getting them to laugh at a joke. The secret here is to pace the scene so that there is space for the laugh to complete itself and the viewer to reconnect with the plot.

The hardest challenge for me is to take a serious character and to make them funny while letting ”them” be “themselves.” The key is to find the right situation and to understand how the character would truly react so that we laugh with the story rather than at it. That way we continue to be involved in the outcome of the story and with the fate of the characters.

To recap, when attempting to transform drama into comedy, aim for things that are timeless, well paced and combine character and situation.

I want to give a shout out to my friend and colleague, Michael Zam, who was nominated at the Emmy’s this year for writing the new Ryan Murphy series, “Feud.”