Now that you’ve done your synopsis, you’re almost ready to create your beat-by-beat outline, a complete list of the scenes contained in your pilot episode. But before we get to that, I want you to confirm that your act breaks are dramatically correct. In my writing system, we do this by using something called “The Four Magic Questions.” Each question is designed to focus on each particular act of your story. Once again, we’re going to examine the pilot episode of Cheers. Let’s get started.

The first Magic Question asks, “What is my main character’s dream?”

Because in Act 1 of the Cheers pilot Diane arrives at the bar with her boyfriend, it’s clear that her dream involves falling in love. This is the setup, and it works beautifully in introducing every character as well as the pilot’s primary plot.

The second Magic Question asks, “What is the main character’s worst nightmare?”

In Act II, Part I—don’t forget we always break Act II into two halves—Diane’s nightmare is revealed when her boyfriend goes home to talk to his wife: she’s afraid that she’ll never find love. You can see how the writers clearly set up the character of Diane in Act I so they could hit her with her deepest fear in Act II, Part 1, getting right to the heart of her character.

The third Magic Question is “What or who would they “die” for? (Literally or figuratively)”

Now, in Act II, Part 2, there’s not a whole lot that Diane can do but wait for her boyfriend to return. During this time, though, we get to know her better and how she relates to the different characters at the bar. It’s a terrific character-building sequence, all connected by the dramatic question of whether or not her boyfriend will return for her.

The fourth and final Magic Question asks, “What is the resolution of the dream or a new dream?”

In fact, in Act III of the Cheers pilot, Diane loses the guy to his wife, but she gets a new dream when Sam gives her a job working at the bar.

Now see if you can answer the Four Magic Questions for your own pilot. Doing so will let you know if the act breaks you’re intending will work dramatically. Are you setting up your main character properly in Act I? Does he or she face her worst nightmare in Act ii? Does your resolution work in a satisfying, believable way? Once you’re sure you’ve got everything right, you’re ready to create your beat-by-beat scene outline for the entire pilot.

To begin, you have to understand that there are two kinds of beats. The first is the one that you use throughout the outline, in which each beat refers to a specific scene. The second kind of beat refers to the shifts within a scene. In this case, we’re going to discuss the first kind, in which the beats refer to the scenes themselves. 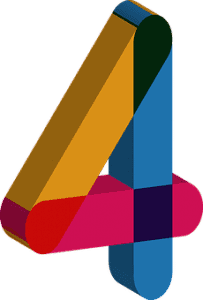 Now that you understand that, take your synopsis and divide it into locations. Figuring out your locations is very helpful because it will give you a physical, visual sense of the story’s flow and an understanding of how the characters move and interact. Many sitcoms have a living room and a kitchen. Cheers had the bar and Sam’s office. Figuring out your locations will suggest the scenes, or beats, you need to write.

Now, take your act breaks and your locations and your answers to the Four Magic Questions and start building your outline. What scenes do you need? What scenes did you think you needed that you don’t? Are any new characters coming to mind? Are your locations helping you visualize your show? In the Cheers pilot, most of the action in Act I take place in the bar, with the exception of perhaps one phone call. Where does your show take place? Where do your characters “live”?

When you feel you’re outline is complete, you’re ready to start writing Act I.