Family drama often increases and is heightened throughout the holidays and can contribute to emotional exhaustion. Deep breathing, journaling, light exercise, meditation, and scheduling time just for your writing, and quiet time just for you, are all strategies to help heal your family hangover. 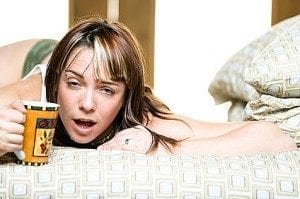 Hair of the Dog: Contrary to popular belief, more of the “hair of the dog that bit you” only delays the inevitable. One of the reasons hangovers are so unpleasant is the liver is still processing the toxins left over from alcohol metabolism. Drinking more alcohol can make the symptoms seem to lessen at first but will only make the situation worse once the liver breaks the alcohol down, because it will have even more toxins to deal with.

Burnt Toast: At first, the burnt toast remedy may seem that it’s actually based on scientific fact. The culprit behind this fictional cure is the carbon in the charred bread. Carbon can act like a filter in the body. While it’s true that activated charcoal (which is a treated form of carbon) is used to treat some types of poisonings, it’s not currently used to treat alcohol poisoning (something that is vastly different from a regular hangover). The carbon/charcoal found on burnt toast is not the same as activated charcoal.

Black Coffee: Coffee contains a high amount of caffeine, which is a stimulant and therefore helps fight fatigue. But when the caffeine wears off, a drinker may be even more tired than before. Coffee can help alleviate a pounding head because caffeine is a vasoconstrictor, meaning it reduces the size of blood vessels. This counteracts the effect of the alcohol, which makes them swell, making the head hurt in the first place. Unfortunately, caffeine is also a diuretic like alcohol and can make a drinker even more dehydrated than before, thereby increasing the severity of the hangover. Overall, coffee isn’t a good hangover cure.

Fried or Fatty Foods: Although eating fried or fatty foods the morning after will probably only irritate a drinker’s stomach further, eating them before drinking can actually be helpful. Putting anything in the stomach prior to indulging in alcohol helps prevent a hangover, but fatty foods in particular stick to the stomach lining longer and therefore slow down the absorption of alcohol into the bloodstream. While that might make it take longer to feel the alcohol’s effects, it also gives the body more time to process the byproducts and will increase a drinker’s chances of feeling decent in the morning. So much so, in fact, that a Mediterranean folk tactic is to take a spoonful of olive oil before drinking alcohol. Eating lighter food such as a fruit smoothie will provide energy and alleviate some symptoms by replenishing the electrolytes the body lost from dehydration.

Eggs: Eating eggs the morning after provides energy like any other food, which is the primary benefit. But eggs do also contain large amounts of cysteine, the substance that breaks down the hangover-causing toxin acetaldehyde in the liver’s easily depleted glutathione. Therefore, eggs can potentially help mop up the left-over toxins.

Bananas: Eating bananas the morning after a night of heavy drinking provides lost electrolytes like any food would, but it also specifically replenishes the potassium lost to alcohol’s diuretic effect. Other potassium-rich foods such as kiwi fruit or sports drinks work just as well.

Water: Replenishing the body’s water supply after a night of drinking combats dehydration, and it also helps dilute the leftover byproducts in the stomach. Adding salt and sugar to water helps replace the sodium and glycogen lost the night before. Non-caffeinated, non-carbonated sports drinks can achieve the same effect. As a prevention method, drinking a glass of water for every alcoholic beverage slows down drinking, providing more time for the body to deal with the alcohol (the body can only process about three-quarters of an ounce of alcohol in an hour). Drinking a few glasses of water before going to bed helps fight dehydration after the body finishes breaking down the alcohol.

Fruit Juice: ¬The fructose — fruit sugar — in fruit juice helps to naturally increase the body’s energy. Studies have proven that it also increases the rate at which the body gets rid of toxins such as those left over from alcohol metabolism. Fruit juice is also a good idea the morning after because it’s high in vitamins and nutrients that were depleted the night before because of alcohol’s diuretic effect. Vitamin supplements high in vitamins C and B are also effective.

Drink plenty of liquids. Water should help to flush out the body and relieve constipation a common symptom of a food hangover. Tea can be used to settle an upset stomach and aid in reliving acid indigestion. Ginger ale is an excellent remedy for stomach upset. Resist the temptation to starve yourself. Allowing yourself to go hungry can encourage overindulgence. Eat small light meals such as fresh fruits and yogurt. Wear loose clothing. Slip into something that relives pressure on the abdomen and fits comfortably.