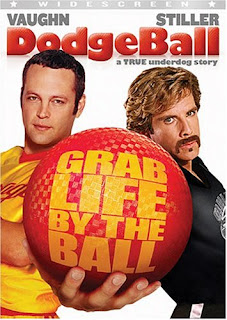 One of the saddest experiences that I have as a script consultant is when one of my students finishes a screenplay, enters it in a contest and places 2nd, gets invited to attend for free, and doesn’t go.

Or when a student of mine who finished a script, which was being considered by William Morris, had an affair with his fitness teacher, ruined his marriage, and went into a terrible depression.

Why does this happen?

I have seen over and over that people are almost as afraid of success as they are of failure.

My solution is to follow the sage advice given by Rip Torn in Dodgeball, who tells Justin Long – a total schlub – to “get angry.” It is impossible to think rationally when you’re terrified and although “get angry” does not seem to be a logical idea, anger is actually a step-up from paralyzed.

My suggestion when you feel fear coming on is to do what I do, and find some stupid little thing (or person) and have a shit-fit. If you’re in New York, yelling at cab drivers probably won’t be satisfying, because they won’t understand you. However, if you’re lucky enough to have a foreign assistant (Canadian!) who does speak English, you can let loose.

The tagline for Dodgeball was “Grab life by the ball” for a reason. As a famous person once said, ‘Anger gets shit done.’