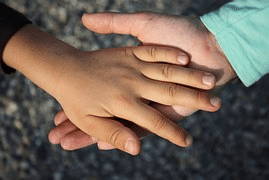 This week marked the end of the Jewish High Holidays. This is my culture, and I am often awed by the sound philosophy and wisdom underlying the rituals. While the traditional theme is repentance and forgiveness, I have always preferred to focus on another principle: the concept of mitzvah. Simply stated, mitzvah means that doing good for its own sake is good.

I know that in my personal experience, when I am feeling angry or blue, as soon as I find a way to help someone else I feel better! In fact, when my private students are going through some version of the existential angst that plagues so many of us writers, I tell them, “Take some singles and hand them out to the first five homeless people you meet.”

“You’re giving the money away for you, not for them,” I say. “What they do with it is not our concern.”

But the concept of mitzvah is deeper than just doing good deeds. It also suggests that, in order to properly help others, we must first take care of ourselves. But this is harder to do than you might think.

For example, on my way back from Long Island on “the Van” recently, there was a sick woman who was complaining about the air-conditioning. She was seated toward the front, but for those of us in the back, shutting off the air-conditioning would have practically suffocated us. “You’re all wearing so much clothing,” she said, “and I don’t have much on.“

It was true, I did have a thin scarf wrapped around my neck, and I was tempted to give it to her, but I realized that, if I did, then I might get sick. The fellow next to me called to the driver: “Make the AC warmer!” A terrific suggestion that helped me a great deal, but I began to worry that I had selfishly resisted the impulse to lend the woman my scarf. Somehow the man sitting next to me sensed this and said, “Remember, when you’re on the airplane, they warn you to put on the oxygen mask before giving one to your child. If you can’t breathe, you can’t save anyone else.”

It was a tough moral place for me, but he was right. I’d just gotten over the flu and probably would not be writing this now if I had given up my scarf.

“I saw you start to take off your scarf.”

“No, but you and I come from the same tribe.”

So, to me, the High Holidays are really about finding ways to help others in whatever small way I can, while at the same time taking care of myself as well. This is not an easy lesson, and one I am learning over and over.

Another concept that is fundamental is forgiveness. The concept of mitzvah and forgiveness come together at the culmination of the Yom Kippur service–God accepts us and forgives us for another year. The point here is subtle: God does not forgive because we “deserve” it, or because we can pay for it in some way through deeds or prayers. Rather, God’s act of forgiveness is itself a mitvah, because there is no way to ever earn such divine grace. God’s merciful forgiveness is an act of unconditional love, which to me is the deepest meaning of mitvah. Perhaps, to love and do good for its own sake is the ultimate state of happiness and enlightenment! To illustrate this, my friend Daniel sent me the following parable:

There was a fellow who owned a jewelry store in Israel. One day a nine-year-old girl walked into the store and said, “I am here to buy a bracelet.” She looked through the glass cases and pointed to one that cost $3,000. The man behind the counter asked her, “You want to buy that bracelet?”

“Wow, you have very good taste. Who do you want to buy it for?”
“My older sister.”

“Oh, that is so nice!” the storekeeper replied. “Why do you want to buy your older sister this bracelet?”

“Because I don’t have a mother or father, and my older sister takes care of us. So we want to buy her a present, and I’m willing to pay for it.”

Out of her pocket she pulled a handful of coins that totaled just under eight shekels, a little less than two dollars.

“Wow!” the storekeeper said. “That’s exactly what the bracelet costs! You write a card to your sister while I wrap the bracelet.”

When he was done, he wiped away his tears and handed the bracelet to the little girl, who then left. A few hours later, however, the older sister entered the store.

“I’m terribly embarrassed,” she said. “My sister should not have come here. She shouldn’t have taken the bracelet without paying.”

“What are you talking about?” the storekeeper asked.
“What do you mean?” the sister said. “This bracelet costs thousands of dollars. My little sister doesn’t have thousands of dollars – she doesn’t even have ten dollars! Obviously she didn’t pay for it.”
“You couldn’t be more wrong,” the storekeeper replied. “She paid me in full. She paid seven shekels, eighty agurot, and a broken heart.”

The sister didn’t understand, so the storekeeper tried to explain it to her.

“I want to tell you something. I am a widower. I lost my wife a number of years ago. People come into my store every single day. They come in and buy expensive pieces of jewelry, and all these people can afford it. When your sister walked in, for the first time in so very long since my wife died I once again felt what love means.”

He sent the girl off with the bracelet and wished her well.

During the High Holy Days, we come to the Almighty and we want to buy something very expensive. We want to buy life. But we cannot afford it. We don’t have enough money to pay for it. We don’t have the merits. So, we come to the Almighty and we empty out our pockets, giving him whatever merits we have plus promises for the future: I’ll pick up the phone and call someone who is lonely, I will learn an extra five minutes of Torah, I will be kind and I will be scrupulous about not speaking lashon hara (gossip) for one hour a day. The Almighty responds, “You don’t know how long it’s been since I’ve felt what love means.” He sees how much we love Him and how much we yearn to improve, and He says, “You know what? You have touched my heart. Here it is, paid in full.”’
The story was told by Rabbi Go’el Elkarif who said he heard it from the person to whom it happened. Taken from aish.com

If you’re curious, go to: http://www.myjewishlearning.com/article/the-high-holidays/3/