As promised, I have photos of my first tango Halloween party. Like the old song, Somewhere Over the Rainbow  goes, “Sometimes dreams really do come true.” 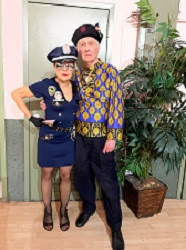 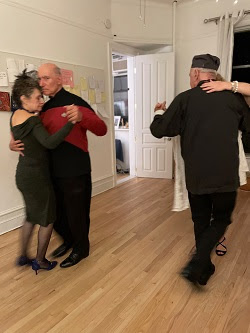 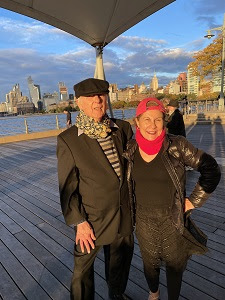 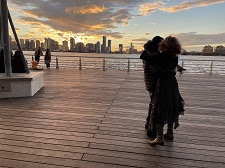 In my various classes and private sessions, the recurrent theme of time and suspense occurred in each project. The job of the writer is to make the story feel as if it’s actually happening before the audience’s eyes. To accomplish this, the writer must create both a context in which the story can believably happen, and not telegraph to the audience what’s going to happen next.

Two examples of the successful use of time and suspense are the movie Se7en which happens in a week, and the TV show, Ted Lasso, where each season mirrors the actual soccer season.

The only way to succeed is to change your point of view and see the project as if you were the audience, not the creator. Generally, this is more possible in the second draft than the first, since the part of our brains that creates stories doesn’t reckon time in the literal sense. This is why the motto of my writing system is, Don’t Get It Right, Get It Written. The most important job the writer has is to write the entire story down from beginning to end. Then and only then should the writer concern themselves with time and suspense. Think of the first draft as the “What happens” draft, and the second as the “How it happens” draft.

’m excited to share how well my New York University class is doing: every student is halfway through their story! Hooray for them! 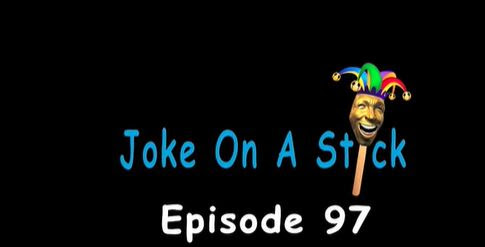 Enjoy edition #97 of Joke on a Stick!