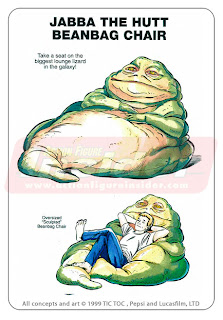 While this is an amusing piece of marketing, it underscores a deeper problem that screenwriters are often faced with, which is how to tell the story you want to tell, have it be commercially viable and yet be original.

A good example of the two extremes that we writers feel we are torn between is found in John Baxter’s 1999 book Mythmaker: The Life and Work of George Lucas:

“Supporters of Star Wars [soon after its release] claimed that the vacuum in meaning was filled by the Force, which was already attracting adherents, though, Lucas himself never professed it. The very insubstantiality of this most diaphanous of belief systems appealed to adolescents. Here was a religion that, like Scientology, claimed to supersede every creed, every philosophy, every human aspiration — not, like L. Ron Hubbard’s synthetic creed, by illuminating their fallacies with the white light of science, but by subsuming all existing faiths. The Force was a belief roomy enough for Christianity, Buddhism and Islam to nestle in its ample folds. Tongue in cheek, Coppola would suggest to Lucas that he launch a religion based on Star Wars, and settle down like Hubbard to bask in his godhood…Although Lucas claimed he had created Star Wars to endow mankind with the mythology it lacked, his behavior became less and less philanthropic with the film’s success. Over the next decade, he became obsessively proprietorial of his characters and ideas, ruthlessly pursuing anyone using them without permission and payment… Real mythology, by its very nature, is communal, and open to interpretation by all. But Lucas permitted no other writers or filmmakers to employ his characters, except under the most stringent and expensive restrictions. He hadn’t given us a mythology; we could only rent it.”

I believe that it’s possible to have your religion and eat it too. If we look at movies such as Little Miss Sunshine and in fact, Star Wars, these were passionate creations by writers who stuck to their guns.

The reason I developed my writing system was to help writers use structure as a creative tool. The Mythic Journey Map, the core of my writing system, allows writers to use the method to create an original story in a way that will make it easier for them to communicate their vision to an audience. Screenwriters who use my system realize that the commercially viable three act structure of traditional movies is similar to the way we all experience reality and tell stories about it. As a result writers are actually freed by structure not confounded.