Enjoy this excerpt from Feeling is the Secret by Neville Goddard.

Chapter 1 – Law and its Operation
The world, and all within it, is man’s conditioned consciousness objectified. Consciousness is the cause as well as the substance of the entire world.

So it is to consciousness that we must turn if we would discover the secret of creation.
Knowledge of the law of consciousness and the method of operating this law will enable you to accomplish all you desire in life.

Armed with a working knowledge of this law, you can build and maintain an ideal world. Consciousness is the one and only reality, not figuratively but actually. This reality may for the sake of clarity be likened unto a stream which is divided into two parts, the conscious and the subconscious. In order to intelligently operate the law of consciousness, it is necessary to understand the relationship between the conscious and the subconscious. 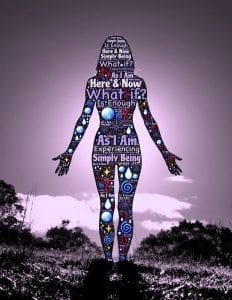 Therefore, through his power to imagine and feel and his freedom to choose the idea he will entertain, man has control over creation. Control of the subconscious is accomplished through control of your ideas and feelings. The mechanism of creation is hidden in the very depth of the subconscious, the female aspect or womb of creation. The subconscious transcends reason and is independent of induction. It contemplates a feeling as a fact existing within itself and on this assumption proceeds to give expression to it. The creative process begins with an idea and its cycle runs its course as a feeling and ends in a volition to act.

Control of your feeling is all important to a full and happy life. Never entertain an undesirable feeling, nor think sympathetically about wrong in any shape or form. Do not dwell on the imperfection of yourself or others. To do so is to impress the subconscious with these limitations. What you do not want done unto you, do not feel that it is done unto you or another. This is the whole law of a full and happy life. Everything else is commentary.