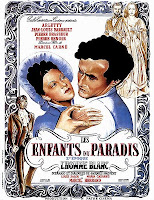 My father loves movies. Loves them!

That runs in the family.

My grandfather and my father both held the position of General Counsel at a studio consecutively and my aunt was Assistant General Counsel at the same company several years later. When I was little, on the weekend, we would watch movies at home on a 16mm projector.

I’m visiting my father in Santa Fe (the 16mm projector has been replaced by a 50″ flat screen and Blue Ray) and as we were deciding which movie to watch last night, we looked through his collection, and made a list of classic films that we will watch over the next couple of visits:

They are all classic stories that have a specific opinion of how you should conduct yourself, a moral certainty completely hidden in a great screenplay and I recommend all of them.

Which film would you choose to watch with your father? Why?