What food does your villain hate and why? Exploring your villain’s taste, or distaste, for a certain food will give you a deeper window into his or her psyche and help you better understand the underlying themes of your story.

For example, in the movie Fearless, the main character survives a plane crash, and the symbol of his resulting invincibility is that he can now eat strawberries, something he’d been violently allergic to all his life. This common, simple food thus comes to represent an important theme in this very interesting and compelling movie. 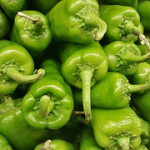 Another example is in a story that I am currently working on, in which an important character escapes from a war zone in a truck full of green peppers. For two whole weeks, all he has to eat are green peppers, and afterward the mere sight of one makes him run from the table and throw up. Green peppers therefore become a visceral reminder of the character’s narrow escape from a violent conflict and his deep, emotional scars.

So, set a timer for five minutes and try to think of what food might make your villain ill. There may be several, but pick the first one that comes to mind. Then write about it as if you were your villain, describing how you came to dislike the food, the taste and entire sensory experience of that horrible food, and then write how you feel now when you come in contact with it.

This exercise will give you loads of fodder for your story, particularly in terms of the dialogue, giving it all a richer, more specific focus. I also suggest that you repeat this exercise for your hero and some of your other characters. It never fails to give you something interesting to chew on.