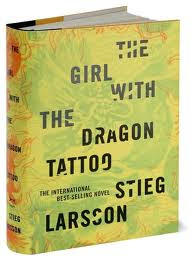 I finally watched the Swedish version of the Girl With The Dragon Tattoo. Two women are raped by and then kill their fathers. I was initially upset that 40 million people had read a book and/or seen a movie in which violence against women is shown so vividly, but realized that the story is actually a story of hope for women around the world, because both women successfully strike back and escape. Of course, it would be so much better if these sorts of things didn’t happen in the first place.

Do you think that men would stop abusing women if they couldn’t be sure that they wouldn’t meet an equal force? Is giving women the same skills that men have the only solution to this history violence? I’m not sure but I will be thinking about it.

Let me know your thoughts.