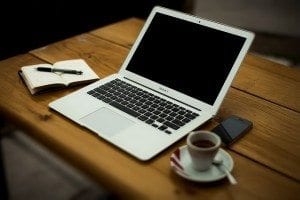 Since the Oscars, I have been interviewed several times on the topic of how to write a screenplay if you are a first time writer with a great idea. Most of the interviewers have focused on two areas of interest. The first is how to take the first step to write the screenplay and the second, how to overcome the fear of someone reading it and hating it.

My response to both of those questions is that there are three simple steps you can take.

The first step is to write the idea down in any format that you can.

Maybe you once wrote the idea as a short story, or told someone about it in an email. You have to get the idea on paper before anything else can happen.

The second step is to shorten the rendition of the story so that it resembles a Netflix or TV Guide-size synopsis.

It is rare, but there are stories about how scripts have been sold to Hollywood based on a verbal “Pitch.” Examples include the film Big, about a boy who wants to be “big,” because he has a crush on an older girl. While it is not easy to do, boiling your story down to the essential concept is one of the best ways to succeed.

Here are two “pitches” for famous movies that are also good examples of the type of short description you will need to test out your idea.

Splash: A boy meets a girl, falls in love, but discovers she’s a mermaid. He has to choose whether to stay in his world alone, or follow her into the deep.

Tootsie: An actor can’t get a job; in desperation he takes an audition disguised as a woman and becomes a famous actress. Then he must choose between the girl he loves or fame.

Would you want to see these films? Of course you would, so when writing your own screenplay, you want to start with a concept that people aside from yourself are intrigued by.

The final step, intended to avoid later heartbreak, is to try out your idea on the people that you know who like movies; especially of the genre you intend to write.

There’s a caveat here as well: Carefully observe how they respond to your brief description and don’t just listen to what they say. Few people will say bluntly, “this idea sucks eggs,” and if they do, they most probably won’t be able to tell you exactly why. In order to know the truth, you must observe their body language as well. Do they smile and look excited or do they look down and away?

While you may have to deal with negativity at the beginning, and maybe even have to change your idea around until you begin to get genuinely positive responses, this is good training. You will need to become highly observant and somewhat thick skinned about rejection if you intend to successfully write movies, so why not start right away?

Here’s to your successful any happy writing,