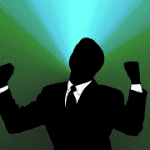 There are several things tor remember when developing a high-concept script. First, you need to understand your audience. Audiences are always seeking an emotional experience, even in an action film, so you need to be willing to be completely personal in your writing, no matter the genre. It also helps to have a short, catchy title. Sometimes this can feel harder than the writing itself, but be patient. It’s amazing how a title can make or break a movie. Next, you must make the professional connections you need to get the film financed or the script sold. For writers, this often means having the confidence to leave our comfort zone (see my upcoming workshop), but it’s just as important as the writing itself. After all, who cares how great your story is if no one ever sees it? That’s why when you finally get that meeting with a producer or an agent, it’s crucial to have a solid log line. A log line is a concise, one-sentence description of your story that draws the listener in and makes your screenplay irresistible. Writing just one sentence may sound like a simple task, but getting the log line right can take weeks. But when you do, see how it makes people’s eyes light up!

When offering writing guidance, my first concern with a new student is not how well written their screenplay, TV pilot, or novel is. It’s not even how well structured it is. My first concern is whether or not the concept is based on some universal emotion. This is what separates a film like Casablanca from just any old movie about two former lovers running into each other in a war-torn country. Tapping into a universal emotion, be it love or fear or some deeply held hope or wish, is what will determine whether or not your story has the potential to become the kind of classic we watch over and over again.

For better or worse, there is no formula for achieving this, except to explore our own humanity and accept that we are always trying to solve whatever problem we’re having at the moment. For example, Romeo and Juliet is about two young lovers from feuding families who die trying to be together, but the emotion undergirding the play is the hope that love can transcend death. This is what so involves the audience in the story: it expresses a universal wish that this could be so and invests us on a completely different level than a story in which two lovers simply die. This is not to say that there aren’t lots of wonderful tragic love stories, but few are as memorable as Romeo and Juliet. Most of us have seen it more than once, whether onstage, as a film by Franco Zeffirelli or Baz Luhrman, or as a musical such as West Side Story. Romeo and Juliet has seen dozens of adaptations and survived for hundreds of years because the premise arouses a deeply held wish that we all hold.

I encourage my students to achieve this kind of universality no matter what genre they are working in. One classic horror film, A Nightmare on Elm Street, touched on a spine-tingling universal fear: What if our dreams could become real? This concept led to not only a successful film but also a long-running franchise, and the chilling villain, Freddy Kruger, earned a place in our collective cultural awareness. On the other side of the equation, the romantic comedy When Harry Met Sally explores the concept of whether or not men and women can ever really be just friends. Again, this is a question many of us have asked ourselves, and it is the reason the film has become such a classic, its characters a core part of our film culture.

Step 2: Write about the best experience you’ve ever had.

Step 4: Write about a traumatic experience you’ve had.

Step 5: Think of a movie, play, novel, or TV show that you love.

Step 6: See what connections you can make to the story you’ve selected and compare them with your own good and bad experiences.

Step 7: Finally, turn the connections into a single concept. For example, if I lost someone I loved, and I really connect to Romeo and Juliet, my concept might be expressed as “I wish love could survive death.”

To recap, a strong story concept is one that connects us to a universal and deeply held emotion, such as love, fear, or hope.