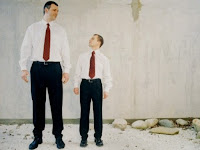 My students are quite prolific and write both feature-length and short films. The number one question I’m asked about a short film is: How long should it be?

There’s no official rule about a short’s length but I recommend writers try to keep it under fifteen minutes. It’s hard to get it seen or sold if it’s much longer.

One of my colleagues spent more than $10,000 to make a 30-minute film. A year later they still can’t find a distributor,

On the other hand, two of my students made films of 12 minutes or less. Both placed highly in short film festivals.

Short films are a unique form – and just as difficult to write as a feature-length – that can be thought of as a short story with a punch line.