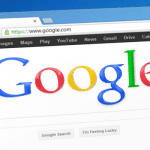 My students often say to me, “But I don’t want my story to be like…” and will name a famous or infamous film or book.  When I ask them to clarify that statement, the answer is usually a variation of not using the same plot twists.  I always smile and say politely “It’s not the plot that makes a story original; it’s the twists and turns that happen in the story because of the characters you create.”

Originality rarely comes from the material itself, but rather from how the writer views the story. Ironically, the one thing you can do to improve the plot is to do research. Not general research, but a special kind. It’s ironic in that sometimes you need to use reality to beef up the imaginary and improve your plot.

We writers make up stories based on who and what we know. This includes what we read, whom we talk to, and what we watch on TV; some of what we remember is factual, some is fictional.

There is an old maxim that advises: The more specific the details of a story, the more universal its appeal.  This seeming paradox is something to tattoo mentally on one’s forehead because it is through the details that we find both originality and universality.  For example, one of my writer-director students just completed the principal photography for a drama entitled, The Heart Stays. It is the story of a Native American student who wins a scholarship to attend a major Ivy League college, only to be dragged back to her old life when her sister appears unexpectedly.

My student wrote several drafts but was unhappy with the work. After I read the draft of the script, it was clear to me that the only gaps appeared to come from a lack of factual knowledge. When I suggested she do research on the actual school she had chosen, the results helped lift the story to what is now on film. The research involved very basic stuff: curriculum, the physical layout of the school and most importantly, discovering if there were Native Americans who had attended the college and what their experience had been. By discovering a couple of articles, my student found some interesting details that helped her beef up the plot by adding events inspired by the true stories.

So if you are feeling a bit stuck, try to find the real life equivalent to your plot. Then, do research to find out what actually happened, and use the real life events to invigorate and expand your current plot.

Step 1.  Set a timer for 45 minutes. You don’t want to spend a lot of time doing this. It’s too easy to get lost or dig too deep. Avoid getting sidetracked.

Step 2.  In a few sentences, write the basic action of the plot. For example, If your story were The Heart Stays, you might write: “A Native American College student gets a scholarship to an Ivy league School and had to deal with the unexpected arrival of her troubled sister on campus.”

Step 3.  Go onto your Internet and Google. Use a simple sentence, for example, “Native Americans who got scholarships.”

Step 4.  Open several of the websites that come up, and see what kind of information you discover. Make notes of anything that is interesting or surprising.

Step 5.  Now repeat the experiment, but this time research another aspect that interests you. Once again using our example, you might research “scholarships” and see if the details match the ones in your own story.

Step 6.  Repeat the exercise one last time asking one more question about a different area. For example, I might want to know how many scholarships were offered to Native Americans.

Step 7.  Stop!  As I said in the beginning of the exercise, you don’t want to go too deep and get sidetracked. You are looking for a few details to garnish the roast of your plot, not find a new roast to cook!

To recap, research can be a way to enhance a fictional plot. The trick is to find a few rich details and stop.

Here’s to your successful and happy writing!