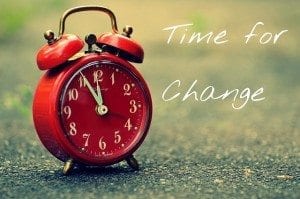 While making The Revenant, Leonard DiCaprio—who just won the best-actor Golden Globe for his performance in that movie—was given a choice in a key scene: he could eat a real piece of raw meat or a placebo. He chose the raw meat. While from a classical-acting perspective, it might be considered a cheat—“Try acting, dear boy, it’s much easier” goes the line—it also shows DiCaprio’s determination to get the best results.

What would you have chosen?

Personally I’d have gone for the placebo and then asked for a chance with the raw meat, leaving it up to the director to choose the better take. My interest would be in the challenge of both circumstances. But the larger point is not which choice is superior—it’s making the choice to succeed that matters.

Now that we are in the New Year, it’s worth taking a few moments to ask ourselves what we are willing to do for our writing career that we haven’t already done. And while as writers we may be ready to chow down a heaping plate of viscera if it will get us a movie or book deal, the solution is usually far more mundane.

For example, one of my students was consistently not getting her pages done, and after a careful study of her daily life and writing habits, it became clear that she simply wasn’t scheduling enough time to write. Instead, she was busy reading a thick fantasy trilogy and watching the companion TV show. This was on top of a demanding full-time job and a family. No wonder she wasn’t succeeding!

For another student the problem was the opposite—he had too much time on his hands because he was a freelance consultant and didn’t have a regular schedule. His writing time was therefore inconsistent. He also had a family and a spouse who was an artist, which added to the scheduling difficulties.

A third student had multiple writing projects and deadlines, and couldn’t seem to stay focused on any of them. She was a professional writer who wanted to write a memoir about her amazing family, but the emotional pressure of that goal was interfering with her meeting her deadlines.

These students were all trying very hard to succeed—and were certainly willing to eat raw meat to do it—but if desire and commitment weren’t the problem, what was?

In the case of Student #1, she wasn’t accepting a basic fact: there are only a certain number of hours in the day, and she was desperately trying to cram too much into them. The answer was to look at the way she allocated her time. Our first step was to help her carve time away from her reading and TV watching. The next step was to show her how to create a schedule for her writing, and to encourage her to use a timer when she wrote. Finally, I helped her create a workable outline so she always knew exactly what she would be writing next.

For Student #2, the solution needed to be different, since he had too much time as well as day-job irregularity. The key for him was to create a story outline. That way, he had an overview of his screenplay and could create a writing schedule that would not be interrupted by any job or parenting responsibilities. We also set up a quota—he had to write a certain number of pages a day, five days a week. I vetted them, but you could do this with a friend.

For the third student, the answer also lay in scheduling, but in a different way. In this case, we scheduled the same time every day for her work. And by having her use a timer, she was able to organize her brain to focus on one project at a time, whether work-related or personal. Since her problem was primarily emotional, the strict scheduling reduced her anxiety so she could better concentrate.

To summarize, the commitment to success and an understanding of what you’re willing to do is important, but without a schedule, outline, and a timer, it will be harder to achieve your goal.

Here’s to your writing success!