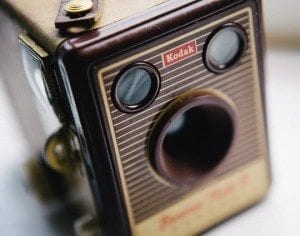 In my last two blogs (Writing the Treatment, Part II and The Writer’s Life: How to Get Your Story Fast Using the 4MQS) I wrote about the film treatment I am working on based on an Arab woman’s life. The next step in the process is to expand the treatment into an outline that describes all of the major scenes that will be in the film. Each major event must be expressed in specific visual terms, using a mixture of shots and scenes.

For example, if this treatment were for The Wizard of Oz, part of it might read, “After Professor Marvel persuades Dorothy to return home instead of running away with Toto, she finds herself caught in a tornado and wakes up in Oz.” This single sentence when translated into film becomes a lengthy sequence, which would be outlined as follows:

Once a scene list has been created, each scene must be dramatized in a brief paragraph that describes the action and dialogue, NOT the thoughts and feelings of the characters. Nor should there be lengthy descriptions of the characters, weather, or locations. (Those of you who signed up for my newsletter received the free article on writing a treatment, so please refer to that for examples – or you can sign up here.) The point is to provide a concise description of what happens—how the plot develops—in each scene.

The outline will also use the same type of heading or “slug line” that a script does. So, the first scene in our list would have a heading like this: INT. PROFESSOR MARVEL’S WAGON. This would be followed by the brief paragraph description: “Dorothy enters into a small room with a table covered with a white cloth on which sits a large crystal ball. Professor Marvel quickly dons an exotic robe and turban and gestures for her to have a seat on one of two straight chairs. She does, and he sits opposite her, neatly filching a photo of Auntie Em from Dorothy’s basket. Toto barks, and Marvel slides the photo into a slot at the base of the crystal ball.”

You might also include a line or two of dialogue, but either way, you must now summarize the remainder of the action: “Dorothy tells Professor Marvel why she is running away, and he realizes how grave the situation is. By surreptitiously manipulating the photo in the crystal ball so that the image seems to move, Marvel convinces Dorothy that she will hurt her aunt if she doesn’t return home at once.”

It’s hard enough to create such a detailed outline for a fictional story, but when dealing with a true one, there are additional problems, some of which have to do with the reality of what actually happened conflicting with the dramatic needs of a screenplay. Mark Twain wrote that “Truth is stranger than fiction, but it is because Fiction is obliged to stick to possibilities; Truth isn’t.”

While some of the difficulties—such as what order events actually happened in—can be glossed over in the treatment stage, once you move to the outline, you are faced with many more details that need to be ironed out. Furthermore, once the truth has been fully examined, you may find that it’s just not very interesting!

Here is where the idea of “dramatic license” comes in handy. For example, in the story I am working on, an adviser plays a pivotal role: he is initially a helper, but then he becomes a betrayer before finally repenting and aiding the main character. The real person never repented or helped my heroine, but there was no way for the story to resolve otherwise. This is a clear case where the story must be changed to make it work. Often in life, these stages in a relationship are not so clearly defined, but the screenwriter will have to take the liberty of streamlining if not changing the facts to create dramatic conflict and character arcs to drive the film.

In another example, the heroine of this story cannot state clearly what inspired her to follow her path but attributes it to a grandparent. The writer’s job in a fictional story would be to “make up” a backstory, but since we are working with real-life events, we must skillfully query the heroine until she remembers something that can be shaped into this critical moment. This is the defining moment in a film in terms of the main character’s “arc.” In The Wizard of Oz, a similarly defining moment is when Auntie Em is unable to save Toto and Dorothy decides to take matters into her own hands and run away with the dog.

Lastly, as dramatic writers we must find a symbol that defines the main character’s journey. The use of a symbol helps us connect to the subtext and hidden history of the story. There are always unspoken questions and concerns that the character must resolve. There is usually a pivotal event that defines the character’s dream that happens either early in the movie or before the movie starts. This pivotal event is often visually represented by an object, person, place, or thing such as the ruby slippers or the paperweight in the movie, Citizen Kane. In my current story, there will be several scenes concerning the grandfather, who represents the possibility of hope for a different future. For example, there will be a scene early in the screenplay where the grandfather says something that inspires her and at the end of the script she will visit his grave out of respect for what she has achieved because of him.

To recap, when transferring a treatment to an outline, you must expand each event into a series of scenes and shots, be aware of the translation from real life to film, and define and express a theme and a symbol.