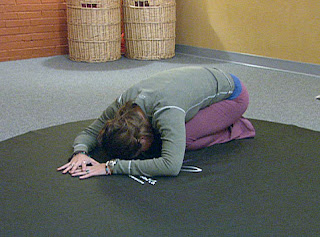 This post isn’t specifically about writing. It’s about worrying. But I think it’s appropriate, since a number of people have told me that they haven’t been getting their pages done (or even writing at all) because they’ve been so focused on something they’re worried about. And while it’s impossible to simply ignore something you’re concerned with, you can train yourself to focus on it at the right time.

The idea is you set a 7-minute time limit to actively worry (yes, actually set a timer) and for seven minutes you worry whatever it is to death. I mean just go crazy on it. Think about how it affects you emotionally, financially even spiritually and then keep worrying about it some more. If you’re a writer you know how long you have to write to fill seven minutes, well, just think how much worrying you’ll have to do to fill these seven minutes.

And then, when you’re finished, and the timer goes off, you want to lie down, or if you do yoga get into the child’s pose, or if you’re sitting at a desk, put your head down, and you set your timer for another seven minutes. And during these seven minutes you think about something you really like: your favorite food, your favorite vacation spot, even your favorite movie. And don’t think about anything else.

Not only is it really relaxing but it also causes you to ignore your worries at other times because you know you’ll have your set ‘worry time’ later to deal with it. So, you can actually say, “Don’t worry, worries, we’ll worry later.”