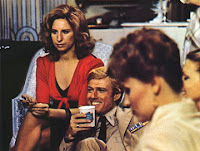 As screenwriters, one of our most difficult tasks is to structure our ideas so that they will fit into screenplay form. As a writing teacher, one of the biggest problems I often see is that writers with great ideas try to structure their story to conform to screenplay format before they actually have fully created their characters. While this is a good idea in theory, and seems as if it would be more efficient, it often limits a writer’s interaction with the material by only providing enough information to fill in the 3-act form, that is, to provide merely an abstract “back story.”

This emphasis on the 3-act structure is what frequently blocks the writer from completing his or her screenplay because scripts approached this way are never “whole,” that is, the writer never puts the big, ugly mess of their story down on paper for fear it won’t fit. The result of working this way is that it tends to keep us from seeing the big picture of our ideas. This is not to say that we shouldn’t outline the script and then write it in a methodical manner but I believe that there is a better way to execute this task, and the key is to change the initial interaction the screenwriter has with his or her material.

Many films are adapted from books, and there’s a good reason for this beyond the fact that success in one medium suggests success in another – it’s because the book was written in a more organic way, with less concern for the final presentation form. As a practical matter, this means that the fiction writer probably knows more about his story than the screenwriter does when he or she embarks on writing a screenplay. The key to writing a better first draft is to allow the writer to know as much as any novelist would, but not necessarily to convey all of that extra information in the script.

In my method, The Horowitz System®, I teach writers to do a series of character exercises, many of which are visual so that they can create a database of knowledge as broad and deep as a fiction writer’s but in such a way the information is not just a bunch of facts. Rather, it is a series of images that form a living history as if you’d known your characters in real life for a long time. This trick of reframing our concept of “back story” into “memories” is an amazingly effective way to improve both plot and character.

Set a timer for 15 minutes and answer the questions, writing in the first person as if you were your main character responding to the interviewer’s questions. By writing as if you were your hero or heroine, you will be able to perceive what you have created not as abstract story material, but rather as real events that occurred in your character’s life, experiences that you now hold in your imagination in common with your character.

You can repeat this exercise for as many characters as makes sense. This will help your character work, but the best part is that it will really improve your plot work. If past behavior is the best indicator of future behavior, you can now chart how your characters will react to the new occurrences they face in the screenplay you are writing.

Please let me know how this exercise worked for you.

The following script tip was originally published by MovieOutline.com