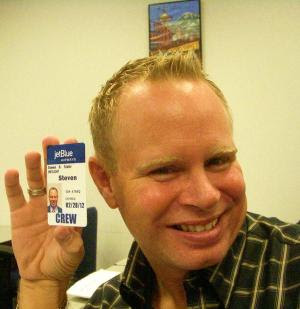 In the past few days the nation has been captivated by the story of the JetBlue flight attendant who publicly quit his job by cursing out a passenger, grabbing a couple of beers and sliding to safety. It’s an entertaining story and something that would be perfect for a movie.

Then, just yesterday, I saw this collection of photographs on chive.com. It’s supposedly the “I Quit” slide show produced by a young assistant to a stockbroker. It’s fake but still, very cinematic in its execution. Can’t you just see it running under the closing credits like the photos used in The Hangover?

As an exercise:
How would your character leave his job? Would he do something extreme like the JetBlue employee or try not to “FREAK OUT!” like Tom Cruise in Jerry Maguire? Or maybe he or she would just get rid of the company like the guys in Office Space? How do their coworkers react? What about their boss? What do they do after they leave?