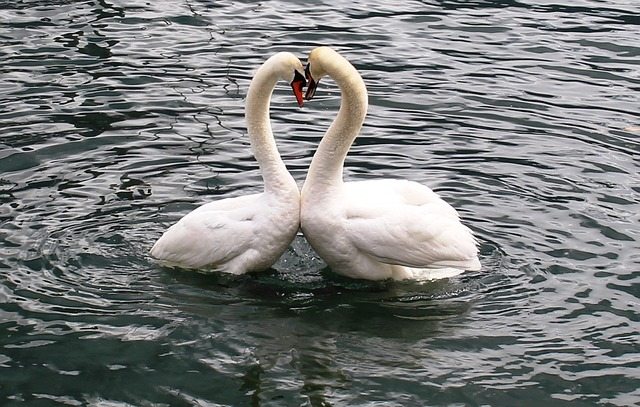 Sometimes you see a film that completely transforms your life. You innocently enter the theater thinking that you are about to spend an hour or two enjoying a movie, and yet, when the movie ends, your point of view has been changed in some profound way.

I recently saw the new German thriller, Phoenix. It confirmed something for me in a way that allows me to feel better about my own life. After all, don’t we look to drama to help us understand something about ourselves as well as for the entertainment? The film haunted me for several days. I kept asking myself, what was it about this movie that affected me so much?

Finally, I understood: I am a romantic at heart and have often pondered the question of whether a failed love affair was really worth the heartache that followed. This film explored and ended my internal argument.

RottenTomatoes.com wrote a great summary of the plot:

A spellbinding mystery of identity, illusion, and deception unfolds against the turmoil of post-World War II Germany in the stunning new film from acclaimed director Christian Petzold (Barbara, Jerichow). Nelly (Nina Hoss), a German-Jewish nightclub singer, has survived a concentration camp, but with her face disfigured by a bullet wound. After undergoing reconstructive surgery, Nelly emerges with a new face, one similar but different enough that her former husband, Johnny (Ronald Zehrfeld), doesn’t recognize her. Rather than reveal herself, Nelly walks into a dangerous game of duplicity and disguise as she tries to figure out if the man she loves may have been the one who betrayed her to the Nazis. Evoking the shadows and haunted mood of post-war Berlin, Phoenix weaves a complex tale of a nation’s tragedy and a woman’s search for answers as it builds towards an unforgettable, heart-stopping climax.

Without spoiling the film, the trailer reveals the opening scenes of the film: Nelly being driven across the German border swathed in bandages, then her face being reconstructed. Her friend and savior, Lene, nursing her after the surgery, and when Nelly is better, Lene revealing that Nelly’s whole family is dead, her beloved husband turned her in to the Nazis, and she has inherited a lot of money. To collect the money, Nelly must go to Palestine and help create a Jewish state. When Nelle finds Johnny, he doesn’t recognize her, and she is filled with despair. He convinces her to pose as his late wife, who he is sure is dead, and help him to claim her inheritance. It’s painful to watch Nelly who is so hungry to reconnect with him that she is willing to impersonate herself to win him again. She is convinced that he is innocent, which defies the facts that Lene has shared with her.

In a gripping scene, Lene, a ferocious patriot, is horrified that Nelly could ever forgive Johnny, even when Nelly explains, “It was my love for him that kept me alive in the Camps.” We are allowed to forgive Nelly because we can understand what he means to her.

Watching Nelly’s attempts to ignore Johnny’s roughness and explain away his behavior reminded me of a relationship I once had. Of course, in my case, there was nothing like the drama of the Nazi regime, but betrayal is betrayal, greed is greed, and lack of remorse for hurting another are universal situations, and the lengths to which we will go to protect someone we love are almost limitless.

In another memorable scene, Nelly is riding behind Johnny on a bicycle after they have visited the scene of the crime, she asks him if he betrayed his wife. He doesn’t answer, but the quality of his silence speaks loudly. But instead of becoming enraged, Nelly tries to comfort him! Using her imagination, she explains the way the betrayal could have happened, a version that would make him a victim of the Nazis as well. This was one of the most heart wrenching scenes I have seen on film EVER. Her willingness to forgive him, and find a story where his innocence could remain was noble, if insane.

I could go on describing scene after scene, but the core reason for my delight was to watch the portrayal of a woman in love against all odds. And, as I do when I see a good Shakespeare tragedy, I found myself hoping against hope that Johnny would turn out to be innocent, and that they could live “happily ever after.” I should admit that I have seen Romeo and Juliet in many versions, and each time I hope for a different ending!

Beyond the romantic tension, the moral dilemma between wanting to see justice done and wanting Nelly to regain her lost love is why the film was so gripping.

To recap, you should see this film because it manages to not only entertain but it also forces us to explore a deep aspect of ourselves.  As for the answer to the question of whether or not love is worth it, after seeing this film, my answer is a loud and enthusiastic “Yes!”

If you’re interested in reading more about the film, check out this fascinating interview: http://www.rogerebert.com/interviews/surviving-the-shipwreck-christian-petzold-and-nina-hoss-on-phoenix