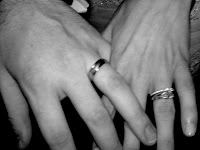 All life experiences – good and bad – are important for writers because they provide the basis for our screenplays, plays and books. The question we’re going to explore is: Should art imitate life?

In my student Adam’s recent wedding sermon, the rabbi likened finding the right person to finding a needle in a haystack, and added that what’s amazing is not only that it happened to Adam and Yana, but most importantly, that if it hasn’t yet happened for you, it can and will. The proof, as they say, is in the pudding: As you can see from the photos here of Adam and Yana under the chuppah, the traditional Jewish wedding canopy, they have certainly found true love.

In Adam and Yana’s case, their first date was set for the day there was a transit strike and Adam was forced to walk 40 blocks to see her.

“It was worth it,” he said with a smile on several occasions. You can imagine this scene; art would imitate life with ease.

As it is with movies, so it is in life. And vice versa. In When Harry Met Sally, a favorite movie of Adam’s and mine, Harry decides he wants to spend the rest of his life with Sally on New Year’s Eve, which in New York can be likened to a transit strike because it’s impossible to get a cab. Since the movie came first, so we can safely say this a case where life imitated art, but for us as writers, life is grist for our story mills. So, as you recall your own meet-cute (as the first meeting is called in a romantic comedy), also imagine how it would be experienced if you were watching that experience as a film, and think about where you might use it in your next screenplay. This also works for those of us who have had meet-cutes but it didn’t turn out to be with the one.

In my own case, I haven’t been so lucky. Having been married twice so far, I am blessed to have two great stories, and hopefully the third will be even better!

I was at a party and met the ex-boyfriend of a friend who’d been complaining about him, and whose side I always took. I warned her that if she didn’t realize how lucky she was, someone else was going to grab him. A year after they broke up, we met – not realizing who the other was – and began to flirt and laugh. By the time we were formally introduced, we were in love.

But when I told a producer friend at a party about the meeting, another friend overheard and said later, “You shouldn’t ever pitch that – it’s a terrible meet-cute. It sounds so contrived.”

Since it sounded too made up, I never used it. So in the end art didn’t imitate life in this case. But hopefully your own story will make a great scene.

Enjoy the photos, be happy wherever you are and take notes! 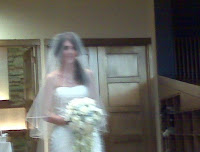 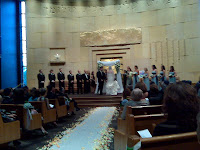 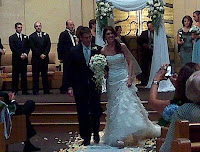 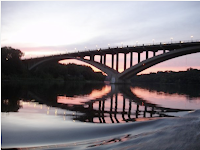 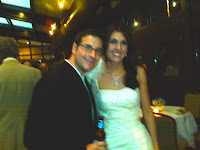 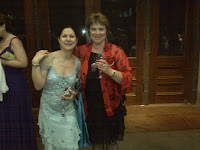