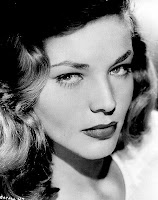 I’m not sure if I’m more surprised that Lauren Bacall took the time to discuss contemporary films or that she’s on Twitter.

Lauren Bacall writes on her Twitter.com page, “Yes, I saw Twilight – my granddaughter made me watch it, she said it was the greatest vampire film ever. After the ‘film’ was over I wanted to smack her across her head with my shoe, but I do not want a (tell-all) book called Grannie Dearest written on me when I die. So instead I gave her a DVD of Murnau’s 1922 masterpiece Nosferatu and told her, ‘Now that’s a vampire film!’ And that goes for all of you! Watch Nosferatu instead!”