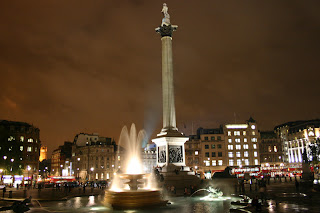 UK Film Industry Bounces Back at the London Screenwriters’ Festival

This year London is set to host the biggest screenwriting event in Europe as The London Screenwriters Festival makes its debut in October. The festival boasts a host of world famous speakers including Tim Bevan, Co-Chairman of Working Title, and the BBC’s Head Drama Commissioner, Ben Stephenson, and will draw in hundreds of screenwriters from across the globe.

The festival comes at a time when the UK film industry has suffered a series of losses. The demise of the UK Film Council has overshadowed the collapse of the New Producers Alliance and the end of the Cheltenham Screenwriters’ Festival as it goes into receivership.

Tim Bevan, Chairman of the UKFC, commented, “Scriptwriters and producers (and those who work with them) need a festival like this to share experiences and make sure that British scripts and films can compete in the global market.”
Dean Craig, screenwriter and director of DEATH AT A FUNERAL added, “I’m really excited to be a part of the London Screenwriters’ Festival. It’s vital that this resource exists for writers at any stage of their careers to develop their skills and contacts…. It’s going to be like Cannes for writers, but without the sun and yachts.”

These comments come amid concerns that changes in industry funding and the effects of the recession will make it harder for screenwriters to get spec scripts produced.
Creative director of the festival and Oscar shortlisted film director, Chris Jones, commented, ‘With the emergence of new film technologies and the growing importance of online distribution, the number of film makers embarking on new projects has risen sharply over the last few years. Film making is increasingly being democratized. At the same time, the institutions that once supported the creative industries are collapsing around us. That is why we decided to create the London Screenwriting Festival to provide the invaluable support that writers need to turn their project into a reality. The London Screenwriters Festival is a vibrant, illuminating and forward thinking gathering of creative professionals.’

The three day event is taking place at Regents College in Regents Park, October 29th-31st 2010 and offers writer a series of seminars, workshops and events on film related subjects, including the chance for writers to pitch their screenplays directly to agents and producers.

Literary agent Julian Friedman commented, ‘Screenwriting is very often an isolated profession and the one thing holding many writers back , particularly in the UK, is a lack of industry contacts. The London Screenwriters Festival is a chance for writers to fully immerse themselves in the industry alongside many peers, whether you are an A-list writer or relative beginner. In a deep recession we all need to work hard to build relationships and stay abreast of industry developments so that we can find leads and niches which are relevant to our individual talents. The London Screenwriters’ Festival is designed to do this in spades.’

US born festival manager David Chamberlain adds, ‘We have been amazed at the support and help offered to writers by people at the top of the industry. With over 60 speakers in attendance, every single aspect of the screenwriting industry will be in discussion. From writing masterclasses to seminars on self-producing or pitching your screenplay, it’s truly fantastic to see so much advice and so many opportunities being offered to emerging writers.”

For more information or to request an interview contact:

Get an Agent with Circalit and the London Screenwriters’ Festival!

Creative director of the festival and Oscar shortlisted film director Chris Jones commented, “We’re very excited about this competition with Circalit. Circalit’s unique style of competitions don’t just give writers the chance to win prizes, but also to share their work, gain valuable feedback and make industry connections. Circalit are doing the screenwriting community a great service with their free online social network and we’re very pleased to be able to do a competition with them.”

For more information or to enter your script please visit www.circalit.com