I’m lucky to be back in Fire Island with my writing partner. Our project is moving ahead, and as we listen to the lovely waves of the ocean, we are creating a 90-second trailer for Dog Park, the animated show about a divorced contractor who gets suckered into buying a pet shop by a sleazy lawyer.

We previously created a 6:30 minute animated clip that told an abbreviated version of the pilot, but realized that it was too long to be used as a selling tool, and that’s why we’re cutting it down to 90 seconds. 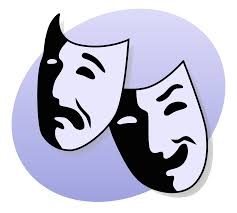 But it’s not just length that counts when pitching the networks, it’s getting them to “fall in love” with your character, and perceiving that you’re the sort of people they want to work with.

“Falling in love” has become an overused catch phrase, but what it means is that the producers immediately connect to the character, and want to see more. And like real life, it only takes a few seconds to “fall in love.”

What we’ve identified as the key is that your main character must be “like” your intended audience, in our case, 18-49 year old males, and that the character be dealing with the same type of problems, i.e., marriage and divorce, reentering the dating world, trying to make money and attending to aging parents.

As I’m presently working with several students who are creating TV series, I have given them the exercise of creating the script for a trailer to test out their concepts. I used this exercise when I taught The Art and Craft of Television Writing at the School of Visual Arts last fall. I will be teaching it again in the fall.

To do this exercise effectively, I recommend that you watch a favorite movie trailer and then try to imagine the structure with your story added to it. First, write down the copy used in the trailer, and swap it out for a relevant version referring to your story. Then re-imagine the images, and see where that takes you.