Q: You’ve worked with hundreds of aspiring writers, mid-level writers, and seasoned writers. What is your biggest frustration with all of them? 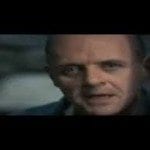 M.H.: I have two. One is that writers too often don’t understand that their main character has to be relatable to an audience. This doesn’t mean that he or she has to be likable. Hannibal Lecter certainly isn’t likable, but he is very relatable. The second thing is, because of how we’re all brought up, we avoid conflict. As a result, this essential element is too often minimized or omitted from many first drafts, and writers spend too much of their time on subsequent drafts raising the stakes until they become big enough to merit a movie. That’s why I always suggest that writers begin with the villain or obstacle of their story, because that’s the character that will create all the conflict. Make sure that this character, whether it’s someone like the director in Tootsie, who is an obstacle, or Hannibal Lecter, in The Silence of the Lambs, who is certainly a villain, is strong enough in their desire to make a shift and take forceful action to achieve their goal. Do this in your story and very often you’ve solved both of these problems.