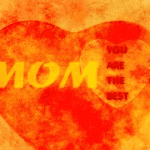 Mother’s Day is coming up, and although my mother has been dead for five years, I still think of her every day. Her mother, my grandmother, has been gone for 20-plus, and I also think of her often. These women shaped my aspirations and expectations. They helped me become the woman I am today.

If they were here, I would buy them each a nice scarf, or a bathrobe and a card that was sweet and humorous. We would go to some nice local restaurant and eat well, sharing a bottle of good red wine. We rarely spoke of personal things, preferring to discuss the latest art exhibition, play, or movie. Even politics.

I enjoyed having an intellectual relationship with such women. My mother was a Ph.D. in philosophy who raised three kids and then turned to law in her 40s. She was a formidable litigator, and handled the trademarking of my writing system as well as one of my divorces. She also advised a nonprofit organization that delivered counseling to thousands of troubled middle-class families in the New York area, and brought them into a profit-making outfit. They recently dedicated their new building to her. In addition, she was a fine painter and cook.

My grandmother was also highly accomplished, having graduated from NYU Law School in 1924. She raised three children as well, and went on to become one of the founders of Hadassah and the president of the Jewish Book Council. In addition, she co-wrote a book with my grandfather, Faith Through Reason, which attempted to reconcile Judaism and Christianity. One of my most prized possessions is a photo of her laughing with Eleanor Roosevelt at a charity event.

Lucky me to be descended from such a lineage!

Both women were also beautiful, charming, youthful, and fun. Their parties were legendary, and they were ardent supporters of various causes, generous with their time and wisdom. If they were here, I would thank them for showing me how to be a good human being. Thanks, Mom! And thank you, Grandma!

On another note, I am very excited to be giving a workshop at NYWIFT (New York Women in Film & Television) this coming Tuesday, where I will be discussing how to turn your idea into something unique and commercial while at the same time remaining true to the story you are trying to tell. It’s so important to consider your audience, and that is one of the topics I will be discussing. The workshop always sells out fast, so sign up early. I hope to see you there. Be prepared to leave the seminar with a few really new ideas!

Lastly, a shout-out to my wonderful NYU students, who are completing their screenplays as we speak. I can’t wait to read the final results!