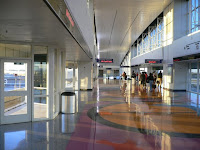 I was at the airport earlier than expected today and with some free time on my hands I decided to conduct a quick poll. I asked a bunch of people in the waiting area:

Which movie do you wish you had written?

Here’s a sample of the answers I got:

Now ask yourself the question. Why did you choose that film?

Now as an exercise:
Ask the same question to your main character? Why would they choose that film? What would your love interest or villain say?

For example the lead of my current story wishes she’d written Moonstruck, because it has a great message: That love can always find you.

On the other hand, her love interest would have written What Dreams May Come, because he’s interested in how heaven will look.