Tio Louie: As you know, I have a specialty with marginalized communities, be they black, Latino (my community), women’s issues, LGBT. Unfortunately there is a dearth of those voices telling their stories. How would you encourage writers from these communities to come up with something revealing and personal that also has universal and mainstream appeal?

Marilyn Horowitz: That is the best question ever, and one that I’m constantly addressing. I keep trying to explain to writers that it’s all about them. Too often screenwriters think they can avoid the inevitable soul searching that accompanies the process. And I’ve worked with many writers with many lineages, and fundamentally what I keep seeing are screenplays about non-ethnic black or white people. I keep saying, “No, you know people of color and women. We were all raised in certain ways. We have cultural biases. We have personal ticks. We have family issues.” There’s a profound truth which says that the more specific you make a character, the more universal he or she becomes. You know, women write specifically about themselves, and black people write specifically about themselves. You need to keep the audience in mind and explore more than just whether or not the culture you’re writing about happens to like hummus.

Now, I think there is a larger issue, which is that there are many people who really can’t write this kind of material, and the reason is usually not a lack of talent but because they’re not willing to put any of their skin in the game. And I meant to say skin color, O.K.? You have to put real blood in the veins of your characters. Even a TV show with white people in it depicts different kinds of white people. Some are protestant and some are catholic and some are upper middle class or lower middle class. And so people who are from your so-called marginalized communities would do well to watch American television and look at how the white issue is handled, because there are lots of different kinds of whites, just like everyone else.

And then you can make a commensurate issue, that if you’re writing a “black movie”—what was that show that came out recently, Blackish?  Well, that certainly was not for people who were raised in the South Bronx. And so, I think the elephant in the room, if you like, is very often the class issue. In other words, your specific audience is you and, you know, did you go to an Ivy League school or did you grow up on a reservation or whatever? In other words, you have to bait the hook to suit the fish. 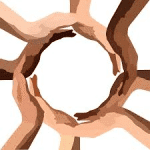 There is not some mythical audience out there that does want to watch stories by or about people in marginalized communities; it’s an audience that doesn’t want stories that aren’t specific. Look at the Wayans brothers. All of their comedies are huge successes, and it’s because, while they do parody, they’re very specific about the foibles of a certain type of black woman, right? And so, the key once again is to be specific and find what is relatable.