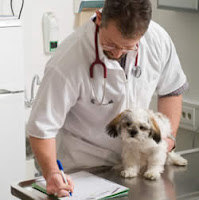 There’s a story in today’s New York Times about pet owners who spend hundreds (and sometimes thousands) on their animal’s health care. The writer was inspired to write the piece when his son’s pet lizard required $560 in laxatives.

The article made me think about my own pet, a cat named Big Red.

In the past few years, my cat has had a few medical problems and I didn’t hesitate to spend the money on his care but the article does raise an interesting question – how much is too much to spend on a pet?

As an exercise, think about what pet your main character would have. Would it be something traditional like a dog or cat, or something exotic like a kimodo dragon or a tiger?

Next, imagine their pet gets sick and requires a medical procedure. What’s wrong with them? Is the surgery risky? How much does it cost? Will your character pay for it or let the animal die?

You can learn a lot about a person by how they treat their pet, particularly in an emergency. When you’re done the exercise, try it for the other characters in your story.