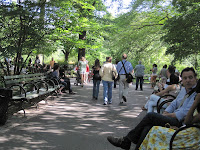 The photo story of my walk across the park.

If this were a short film, what would it be about? This was my question to myself as I walked across 72nd street to have a massage with the magical Maria, and took photos as I went. I knew that later I would review them to see what I had. I also wanted to make a point about how to make strong transitions in film, a topic which I discussed in a workshop on Saturday for the amazing NYC Screenwriter group.

With my imaginary film in mind, I only took photos of the moments that mattered to me, but lots of interesting things happened between the shots. For example, the owner of the Bichon Frise in the photo told me that the dog is named Lili after Lili Palmer, the actress. Moments before, a handsome bearded man flirted with me, and after two exchanges of smiles and eyes, I realized I would be late if I dallied. Am I sorry now? Then, I got a call from my mother who had just arrived home after a stint in the hospital.

Lots of interesting stuff happened, but my point is that as a writer, I will have to pick and choose from among all these riches. I will let you know how my “movie” turns out. Now you try it and share your photographed moments with me. 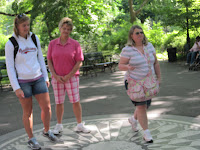 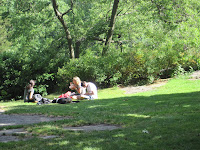 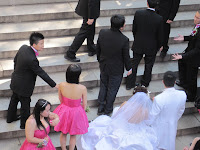 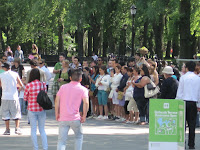 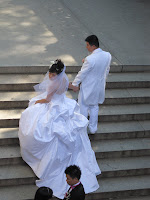 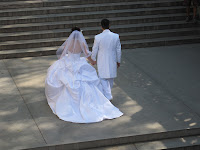 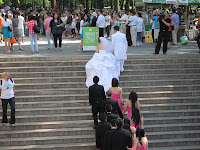 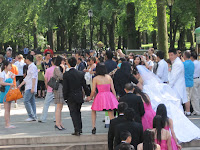 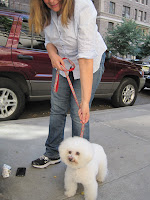 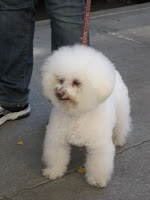