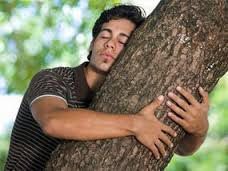 As I write this, I’ve been laid up with a vicious stomach flu for 10 days, feeling rather sorry for myself and pretty much like a prisoner in my own home. One good thing about being really sick, though, is it gives you time to catch up on your reading. I’d been looking forward to the article about Nancy Meyers in the current issue of New York magazine (September 7-20, 2015), but I got distracted by another article, “That’s When I Knew I Was Free,” about eight men who were recently exonerated of the crimes they had long been imprisoned for.

One of these men spent 29 years in jail. He and his buddy—who died in jail—were put away for carjacking and murder at age 16, though neither boy even knew how to drive. Another was a man named Barry Gibb, now 67, a postal worker framed by mob cop Louis Eppolito for murder in 1986. He said he knew he was “free” when he went to see his lawyer and the lawyer’s dog raced over and started licking his face. Barry loved dogs but hadn’t been allowed to touch or see one for 19 years. A third man loved nature but hadn’t been allowed out in it during prison, and soon after his release he went running in the country. “I knew I was free,” he said, “when I found myself kissing the bark on this big old tree.”

Each story was more moving than the last, and I started to tear up at the courage of these men who never gave up on themselves and continued to fight for justice against all odds. I was struck by the randomness of life as well. In one case, crucial evidence—a receipt proving one of the men was in Florida at the time of the murder he was convicted for—had been lost. It was finally discovered in the detective’s original case file, and had been there for the entire 15 years the man was on Death Row!

I was reminded of a line from the famous Eagles song “Hotel California”—“We are all just prisoners here, of our own device”—and it led me to a somewhat fanciful thought: What if we’re all falsely accused and convicted when we’re kids, and at what point, if ever, do we start to let ourselves out of that “prison”? Is it our first drink? The first smoke? The first kiss? And do we ever fully exonerate ourselves after having been accused of being “too loud” or “too dramatic” or “too selfish”? Maybe we somehow remain in those invisible prisons, forever, doing penance for childhood crimes by making bad choices such as sacrificing our own needs for others as adults; Eating too much to control our rage and fear and never allowing ourselves the kind of success we deserve.

I, too, have lived in this sort of prison, for a crime society accused me of committing: being “selfish.” As a result I have lived small, made choices that aided others at my own expense, and never let myself be “too dramatic” or to dream “too big.” Even writing these words gets that “inner jailer” sounding off:Who do you think you are to compare yourself to these other important people?, he shouts. “But these men were innocent,” I reply. But the jailer just laughs and says, They knew they were innocent. You know you are guilty! “Of what?” I demand. “Who did I kill? Rob? Rape?” The Jailer is silent.

The answer is clear: No one.

Suddenly I feel better than I have in years. The prison door is open. No more reason to stay a moment longer. But will I have the courage to leave? This much I know: I am the only jailor who can keep me trapped. So, there’s the part of myself that accepts those early judgments and continues to act as judge, jury, and jailor. I just need to say to all the memories, and whatever else remains of me from the past, “You are forgiven,” and move on.

How will I know I’m finally free? I’ll keep you posted. I am still searching, but I haven’t found any reason to continue to imprison myself and am officially, here and now, lifting the life sentence!

And since I am working on my new book, I will explore this angle of my characters’ psyches as soon as I feel well enough to go back to it.

Sometimes getting sick is a blessing.