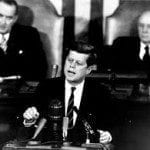 At the end of each year, we reflect about past events. Presidential inaugurations, television shows moving to different timeslots, and who won the Superbowl.  What we don’t often do is take a moment to connect what was happening in our personal lives at the moment these larger events occurred. Making this connection for the characters in your screenplay can be the key to turning the script into a profound story instead of a superficial confection.  For example, in the movie, Forrest Gump, the events in the larger world drive the plot.
Here’s a practical application of this idea: one of my students is writing a period screenplay about a Lesbian who finds true love. The script is set in San Francisco during the 1970’s, and the heroine lives a few doors down from Harvey Milk, There was no mention of the larger  events that led to the climax of the screenplay: a gay wedding at The City Hall. Once she connected the story indirectly to Harvey Milk and made the homosexual activism part of the story, the screenplay came to life.

Here’s how to do the exercise:

Step 1: Set a timer for 15 minutes.  Define what year or years your screenplay is set in.  For example, one of my novelist students is writing a book that spans 20 years.  I suggested she create a time line of world events for her book.  She discovered that her love story spanned the entire Gulf War. Although it’s a love story, not a war story, adding contextual references to the war and introducing a secondary character that was a soldier was a way to take an interesting story and make it fascinating and relevant.

Step 2: List 3 world events that happened during your screenplay.

For example, the film, A Walk On The Moon, takes place during the summer of both Woodstock and the Moon Landing, and the juxtaposition of these events define the plot.

Step 3: Use the cultural context of any story must be considered as another character. Consider how in the film, Casablanca, how the German invasion of Paris acts like a character – a villain or catalyst to push the lovers apart, and later how the Nazi’s create the frame for the difficult and noble choices the characters must make.

Step 4 Write a practice scene to explore the potential of how the cultural context could shape the plot of your script.

For example, there’s a scene where Ilsa and Rick “remember” their romance in Paris, and express how it has affected them.

To create profundity in your screenplay, use the cultural context as a character.