The first step is to once again review your beat-by-beat outline. Because you’ve answered the Four Magic Questions, you know exactly what needs to take place in both Act II, Part 1 and Act II, Part 2. So, take your beat sheet, transfer the scenes into whatever screenwriting program you’re using, and that will become your template for Act II. 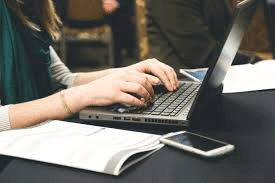 In Act II of the Cheers pilot, Diane is stuck waiting at the bar while her boyfriend has gone home to his ex-wife to get the ring that he gave her, a ring that belonged to his grandmother and which he says he now wants to give to Diane. This is a terrific cliffhanger, of course, because all through Act II we’re wondering: Will he or will he not come back? Does your Act II have a similarly overarching dramatic question?

Remember, you’re going to work in proper TV format, so be sure you’re using a professional formatting program. In addition, read a few sample pilot scripts to see what they look like. TV producers know well how a TV pilot script should look, and your final script must be completely professional or it will end up in what used to be known as the “circular file”—in other words, the wastebasket.

So get to work and have fun. Try out different jokes, but above all keep the characters and story driving toward the climax. And don’t forget, this is Act II, so end it with another cliffhanger!