Now it’s time to write Act III. As always, the first step is to review your outline and move the scene beats into your screenplay program. Then start adding the dialogue, jokes, and action. There are a few crucial differences to writing Act III, though.

First, unlike Acts I and II, Act III does not end with a cliffhanger. It ends with a climax and resolution. In the case of the Cheers pilot, the climax is the end of Diane’s relationship and her realization that “he ain’t coming back.” The subsequent resolution is when Sam offers her a job and she accepts it.

It’s also important to remember that in Act III things can get pretty serious. This is OK. Your characters should have real feelings, and these have to be treated with respect and sensitivity. So be judicious. Don’t try to fill Act III with jokes if it doesn’t feel right or you could end up defeating the entire purpose of your story. 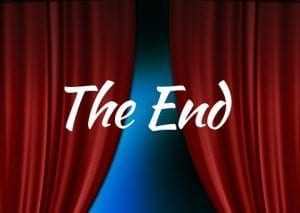 Finally, keep in mind that Act III should be only about 10 to 12 pages long. Again, this can be a challenge if you’re used to working in longer formats, but when you get it right, the result is magical.

Oh, and a small word on happy endings. People who watch sitcoms love them!