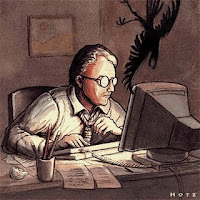 I like to think that writers enjoy working with me because unlike some consultants and teachers I don’t tell my students what to do, but rather offer different solutions to their problems and let them choose the one that works best for them. It is their story after all.

Today I worked with a novelist who admitted that several of the sequences in his book that were not working were written because he wanted to discuss them not because they were organic to the plot. I told him he had two choices:

One would be to take them out, and the other was to reshape the plot so that they
would become an organic part of the story.

I hope he will pick option #2 because as a writer, I know I hate to give up anything I really care about in a story.

What would you do?