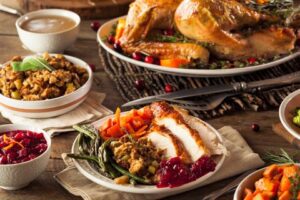 Happy Friday! I hope that everybody had a lovely Thanksgiving.

One of my students has been working on a novel for several years that takes place in an imaginary country where a royal abdicates and then wants to return. When I began working on the project with her, she had been resistant at looking at existing historical accounts of when a ruler had abdicated and how that was received by the country. Were any of them allowed to return to power? The answer to that question was no, but that made the possibility of her book more exciting! What would it take for someone to regain her country’s favor? The writer had been struggling with the first half of the book because she tried to imagine what could happen by first looking to see what did happen. And I understand that desire to create original material but consider the audience and what they know about a topic. Only when you accept their perception of a situation can you twist it to make it more fun. She was stuck in her first act because she needed to learn how to use her fantastic idea of having an abdicated royal succeed in returning because she was unwilling to see how things could have gone in real life.

So when you are working on a story, and you’re still determining how it would go, find out what happened in a similar story, and decide if you want to follow it. By knowing what did happen, we can figure out what could happen, and that’s where the real fun of writing begins.
Recap: whenever you get stuck on a plot point, see if you can find a real-life event that is similar, research what happened there, and use that as a springboard for your imagination. 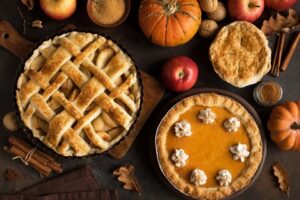 Word of the Day Webinar
The WOTD webinar on Wednesday was amazing. Using the Word of the Day technique, we used our experiences from Thanksgiving dinner to create insight into our main characters and villains. What happens when you use this technique not only do you get information, but you also find a deeper subtext and themes of the story you’re writing.

For example, one student’s favorite food at Thanksgiving was pumpkin pie. The objective of the exercise was to use your favorite food to discover something about your character. One of my students finished her cluster, and she remembered how her grandmother had made a special kind of pumpkin pie. That memory took her back to a place where she recalled an event from her early life that would fit perfectly into her new story with a few small changes. This was the missing link of her story that she had been missing for several weeks.

Another student working with pumpkin pie as her favorite food discovered that her character was really tired of pumpkin pie and decided to ask for apple pie instead. This insight gave my student the pivotal event in her coming-of-age story where her character realizes that she has choices; while she always thought that there was only pumpkin pie, there was also apple and many others. With this 15-minute exercise, my student found subtext and metaphor for her story! 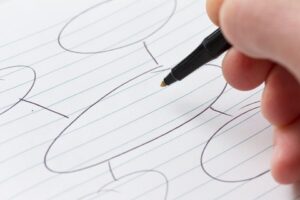 Next Webinar!
It was a fun workshop, and I hope you will join us for the next one on December 14. If you’re unfamiliar with the Word of the Day technique, there’s a cheat sheet on the website, and I also review the process at the beginning of each class.