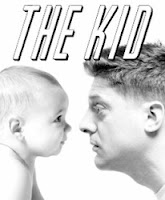 Great news from my friend and colleague Michael Zam:

I’m happy to report that the final production in The New Group’s current 2009-2010 season will be the new musical The Kid, opening at Theatre Row’s Acorn Theatre on 10 May 2010, following previews from 16 Apr and running through to 29 May 2010.

The Kid is based on the true story of what happens when sex columnist Dan Savage and his boyfriend decide to start a family. Created by Andy Monroe (music), Michael Zam (book) and Jack Lechner (lyrics), it was the winner of the 2009 BMI Foundation Jerry Bock Award for Excellence in Musical Theatre.

Dan Savage, author of the book “The Kid: What Happened after My Boyfriend and I Decided to Go Get Pregnant” printed in 1999, is widely recognized for his internationally syndicated relationship and sex column “Savage Love” and the weekly podcast “Savage Lovecast.” He is editorial director of the Seattle weekly The Stranger, where he was formerly Editor-in-Chief. He is a regular contributor to PRI’s “This American Life” and the opinion pages of The New York Times.

The Kid features Boko Suzuki on piano, Ed Levy on guitar, Steve Gilewsji on bass and Kevin Rice on drums.