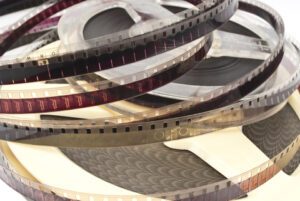 I will be presenting and offering private consultations at this year’s Great American PitchFest. Since many of you will be attending this event, or pitching in a similar situation, I thought I would share the pitching tips and tricks that have helped my private students succeed.

The Most Important Rule Of Pitching: You must bait the hook to suit the fish.

How do you do that? You need to do these three things:

A Strong Title
This may be the hardest part of the whole process, but you must fight for it. It’s the first contact a reader, producer, agent or actor will have with your material. The title should suggest what type of story you are telling and tease the audience’s imagination. They want to know what they are seeing before they buy it. For example, a title such as “Date Night,” suggests a romantic comedy, “Nightmare on Elm Street ” sounds like a horror film and “Insomnia” sounds like a thriller. By finding the right title for your work, you have already overcome many problems.

Identify The Genre
Few films are purely one genre or another, but identifying the main genre is the key. Little Miss Sunshine is clearly not only a comedy, but is more comedy than drama, so you would pitch a story like that as a comedy. Screenplays are products like anything else and by knowing what you’re selling it will be easier to identify who will see your script and who will buy it. Basic genres include but are not limited to: Comedy, Drama, Horror, Thriller and Action. There are other genres and sub-genres to consider as well. Look up films similar to your own at IMBD or Netflix to determine in what genre you are writing.

Create A Logline
A logline is a one-to-five sentence summary of what the story is about. This is also a way of testing if your script has all of the elements it needs to get a “yes.” Does it have: a strong main character with a clear goal that either is achieved or forfeit? Does it suggest the plot in as few words as possible? Does it suggest your script’s “hook,” that plot element which makes your story unique? For example, the “hook” in the Usual Suspects is that the narrator turns out to be the villain.
My technique for accomplishing the above is to ask one question: What is your main character’s dream?

In my writing system, The Four Magic Questions of Screenwriting, I encourage writers to answer this question before they begin to write, but answering the question at the pitching stage will help you focus your pitch because most successful movies are character driven and great characters are the way to attract successful actors to play the parts, which is one way to break into the industry. For example, my student Caytha Jentis was able to attract Vanessa Williams, Ben Vereen and Eartha Kitt to her film And Then Came Love because the character parts were so well written.

Putting It All Together:

Find a title that suggests what kind of film you have written and stimulates the imagination.

Identify the genre, and the “hook,” the twist that makes your story unique.
Create a logline that focuses on one character’s dream and whether or not he or she achieves it.

Here’s a bonus tip: Once you have organized these three elements of your pitch, the last part of baiting the hook is to see if your “fish” (whoever you are pitching to) is “hungry” for your story. Know your “fish.” Research your intended target to ascertain if they are likely to be truly interested in your story. Once you get into the room with him or her, take the time to make the connection by introducing yourself and shake hands with a smile. You should then ask what type of story they are looking for. If the script you intended to pitch doesn’t fit their needs, you should also have several other stories in different states of development ready to pitch. Hopefully, one of your alternate stories will be a better fit.

Whichever story you pitch, once you have their attention, go for it, pitch the story, speaking slowly and clearly. The result you are hoping for is that he or she asks to hear more of the story, and after hearing more, wants to then read your script.