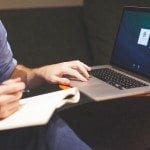 I was a recently a guest on Breaking Into Hollywood, a weekly podcast hosted by a well-known Hollywood producer, Gary Goldstein who is best known for the film Pretty Woman. The topic was how to be sure if your screenplay is ready to be entered into the marketplace. Rather than my usual exercise, I thought it would be helpful to share some of the techniques we discussed…

Technique 1:  Determine the genre of your script.

First and foremost, take the time to research the kind of film you are writing in terms of genre. The analogy is that when buying a bottle of wine, everyone wants to be able to understand what he or she is buying when they read a screenplay. This is not to say that an action movie can’t also have a romantic subplot, however, it has to have more action than romance. Straight dramas are the hardest projects to sell, so it helps to have a bit of a specific genre.

For example, a recent film, The Skeleton Twins, which is a family drama, might be positioned as a comedy because one of the characters has a great sense of humor and many funny lines. This does not diminish the quality of the story, but could make it easier to get produced. In the case of this film, it had its own legs and didn’t need to be positioned as a comedy, but as an unknown writer without the Sundance Institute behind you, you have to work hard to find a good “hook.”

Technique 2:  Use the log line technique to determine if your script is correctly structured.

A well-know screenwriter once wrote that what you need to know about screenplay writing is“Structure, structure, structure.” While this is a reductionist approach to describing a story, it will help you cut out all distractions and allow you to judge whether your work is seaworthy.

Below is an effective template to use to assess the structure of your script by filling in the blanks with the details of your current screenplay.

Please note that this particular template is for story development, not for actually pitching to an agent or producer.

Write your logline below:

Here’s an example from the film, Heartburn:

When Rachel, a Washington DC based food writer discovers that her husband is in love with another woman, she leaves him and comes to New York, where her engagement ring is stolen. When he begs her to come back, she reluctantly returns to DC. Her ring is returned and she sells it for survival money. She decides to return to New York for good.

If you can fill in all the blanks, the story is probably in good shape. Of course, good structure is not enough to sell a screenplay so our final technique is to write a summary.

Writing a summary allows you to put the flesh back on the skeleton of the story you created by completing the log line exercise.

Here’s a sample summary, again using the film, Heartburn, as our example:

When Rachel, a Washington DC based food writer who is seven months pregnant, discovers that her husband, Mark, a well-known syndicated columnist is cheating on her with a mutual friend, and is also in love with the woman, Rachel flees to New York to regroup, literally and figuratively. She rejoins the psychotherapy group that her therapist runs. When the group is robbed, Rachel loses her valuable engagement ring. Any hope of financial freedom is now gone, so when Mark asks her to return to him and continue the marriage although he is no longer in love with her, she reluctantly agrees. When her engagement ring is miraculously returned to her, she sells it and realizes that she can now afford to leave him. In a pivotal scene, she throws a key lime pie in his face, and prepares to return to New York with her newly born child.

You can see how the summary technique helps to highlight key details and helps you to see what is unique and interesting about your story, as well as whether or not the story flows.

To recap: using these three techniques will help you assess your screenplay’s marketability, and make sound decisions about the next step you need to take.