Yep, it’s Halloween, and this year many can celebrate it in person. I find it interesting that the Celtic origins of the holiday are that it was originally a ceremony to ward off ghosts.

Maybe we need to reimagine Halloween as an opportunity to exorcise our fears rather than act out and eat candy? How many are you are dressing up as the Covid bug? Or the inflation bug? Or the climate change bug?  All seriousness aside, My friend Wayne is visiting me this weekend, and I made a tango party for him but pooh-poohed the idea of wearing costumes. Then he called me back and said, “When do we have a chance to act like kids?” I saw his point, and now it’ll be a costume party, and I promise photos next week.

I’m asking myself why I was such a Debbie downer, no disrespect to all Debbie’s everywhere? I think it’s the pall of a world polarized by so many collective disagreements. I had a moment of feeling like, “What’s the point?” Then I realized that the point was this: Every spark of joy lights up the descending darkness.

The image that flashed through my mind was: I was in a dark and crowded room. I felt claustrophobic, then reached for my phone and turned on the flashlight. Suddenly I was surrounded by happy, smiling people because the person in a dark room who lights a match lights the room for everyone. So, wherever you are, use this holiday to spread the joy of being childlike and share the fun. 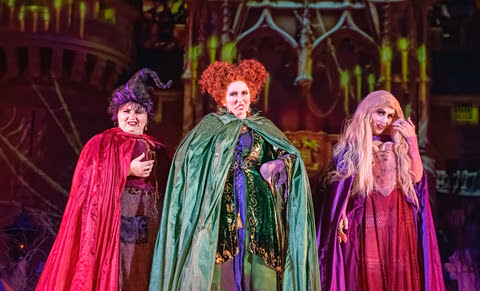 On that note, here’s my favorite list of Halloween movies because you can watch each trailer before you got to the next:
https://www.townandcountrymag.com/leisure/g12107335/best-cla

As for improving our understanding of ourselves and our characters, deciding who you’re going to dress up as and who your characters would choose can be a doorway to character revelation. Think about your choice of an imaginary character as a mirror to an unexpressed part of yourself or your character. Last year, I dressed up as Dorothy from The Wizard of Oz, and looking back, it’s clear that a part of me that was unexpressed was showing up to find “home.” It’s no accident that now, a year later I’m looking to actually own a home after renting since college.

My character, Dots, dressed up like a leprechaun and it became clear to me after I wrote the scene that her flaw is that she’s hoping to find gold at the end of the rainbow instead of looking within! This insight allowed me to read through the draft and make a few small but significant tweaks.

As always, I’m proud to share the Halloween episode of Jokeonastick.