When developing a new story, one of the most important—and challenging—things to do is keep the audience excited and riveted. This requires a hero who is very active and a plot that has high stakes. When I work on a screenplay, the two most common problems I find are what I call “passive-hero syndrome” and the low stakes that come as a result.

Take for instance The Wizard of Oz. In beginning of the film, Dorothy is a completely passive character because all she wants to do is be a good adopted daughter to her aunt and uncle. It’s only when Miss Gulch—later the Wicked Witch of the West–comes after her dog that Dorothy is forced to become active. In The Godfather, Michael also starts off as a passive hero, because he is just wants to live apart from his crime family. It’s only when his father is shot that Michael becomes active and takes control of the story.

The question then is: How do we motivate our passive heroes and thus raise the stakes?

The answer is to work on your villain first. By this I mean the villain in every story, the person who wants to change the status quo. This character is usually willing to do anything and everything to get what he or she wants.

If we apply this to the two movies we just discussed, we see that Miss Gulch, a.k.a. the Wicked Witch of the West, is crucial in making Dorothy an active and interesting character. Similarly, in The Godfather, it is the villain who instigates the action. Here, we have the drug dealer who is willing to do anything to sell his drugs, even put a hit on Michael’s father. So when Don Corleone is shot and Michael goes to see him in the hospital, Michael realizes that he must pick up a gun himself or risk his father, indeed his entire family, being killed. 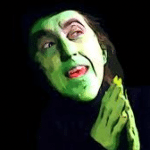 So, focus on your villain from the start. It will help you easily come up with a story that has an active hero and high stakes. It will also lead to fewer rewrites and much better chances of a sale or financing.